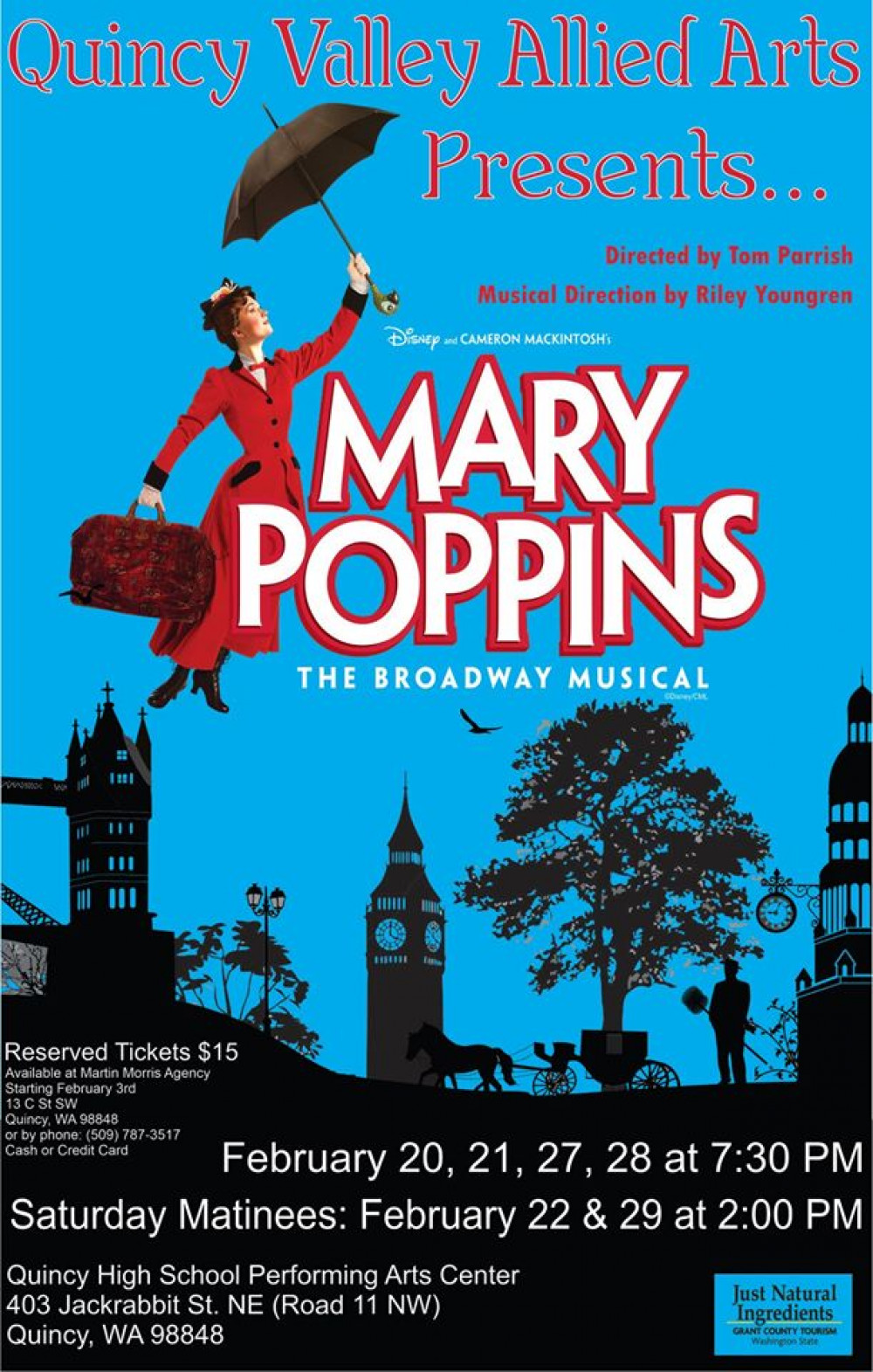 Mary Poppins is set to fly over the rooftops of London and into the new Performing Arts Theatre in Quincy High School! A Quincy Valley Allied Arts production, this family musical features the delightful songs from the cherished Disney film including "A Spoonful of Sugar", Supercalifragilisticexpialidocious" and "Let's Go Fly a Kite!". This broadway version contains the best elements of the movie with a new dialogue written by Julian Fellowes (Downtown Abbey) and produced by Cameron MacIntosh (The Phantom of the Opera, Hamilton & Les Miserables)

With Direction by Tom Parrish and Kylie Youngren, Musical Direction by Riley Youngren and Choreography by Megan Stoakes, the cast and crew of over 60 has been working for months to create each production number, set, costume and special effect.