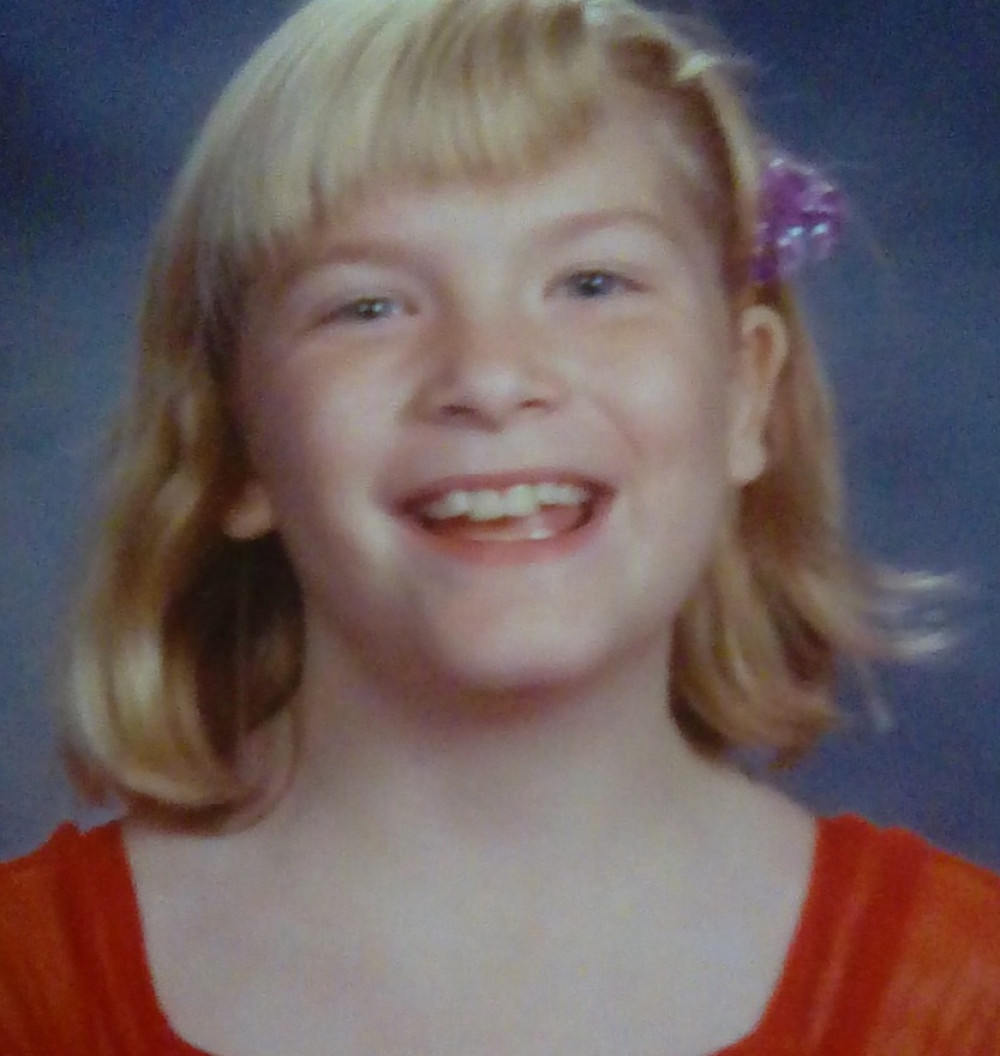 A little girl KNEW something good was going to happen. And it did.

V Gallery Posted on Feb 26, 2020 The year was 2005. An eight-year-old girl had been excited all day to go to a professional ballet performance with her Aunt. Little did anyone know at the time why she was so anxious to attend? It was not because she dreamed of being a ballerina as she was born with a condition of her feet that would not allow such a dream to come true. Turns out she was excited for a different reason. To her, it was for something very important. 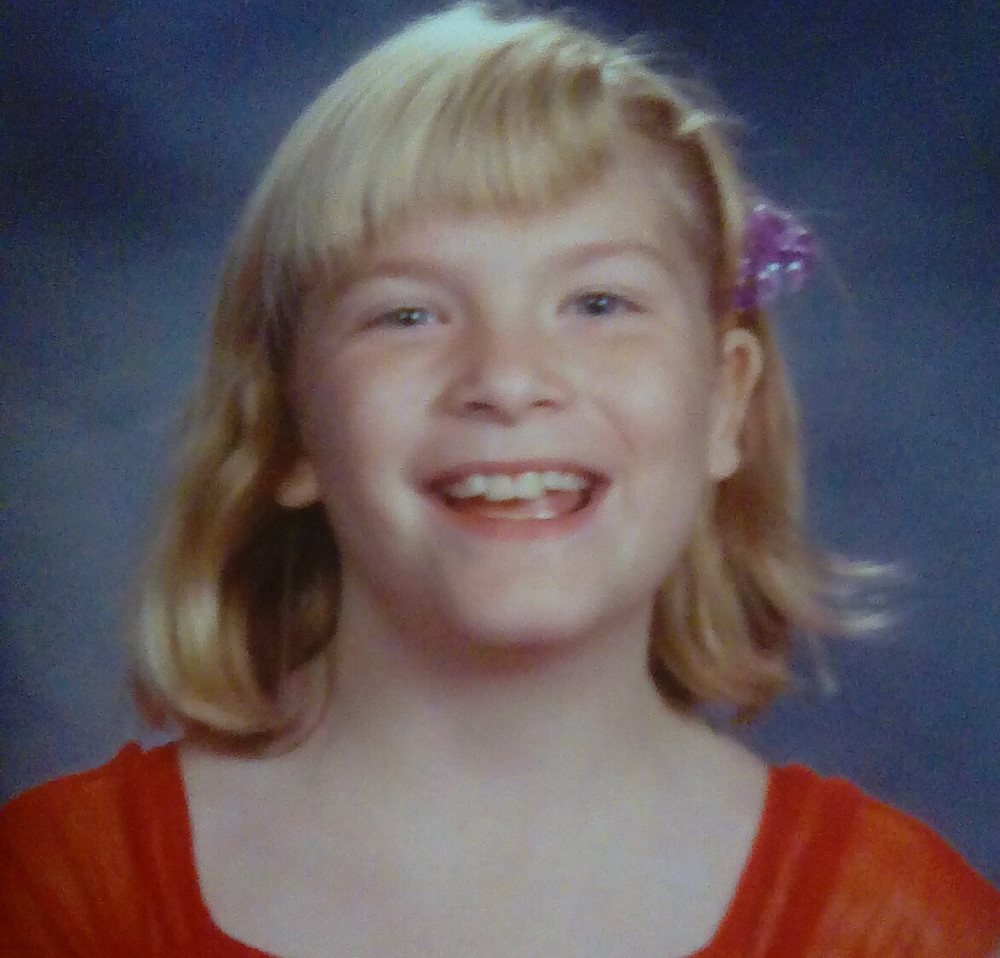 After the evening at the Wallenstein Theater had come and gone, I received a letter.

I wanted to take a few minutes to tell you about an experience I had with my eight-year-old niece, Nora Gallaway, last Sunday at the Wallenstein Theater.

There was something that I didn’t know until the event. Apparently, she had told her mother that she felt lucky that day and that she was going to win something. Her mother told her she was going to a ballet and that there wouldn’t be an opportunity for winning anything. I told her mother I would take her to the ballet only two days before. Nora really wanted to go and was ready apparently at 5 p.m. that evening and called me to check on what time I was coming by to pick her up. 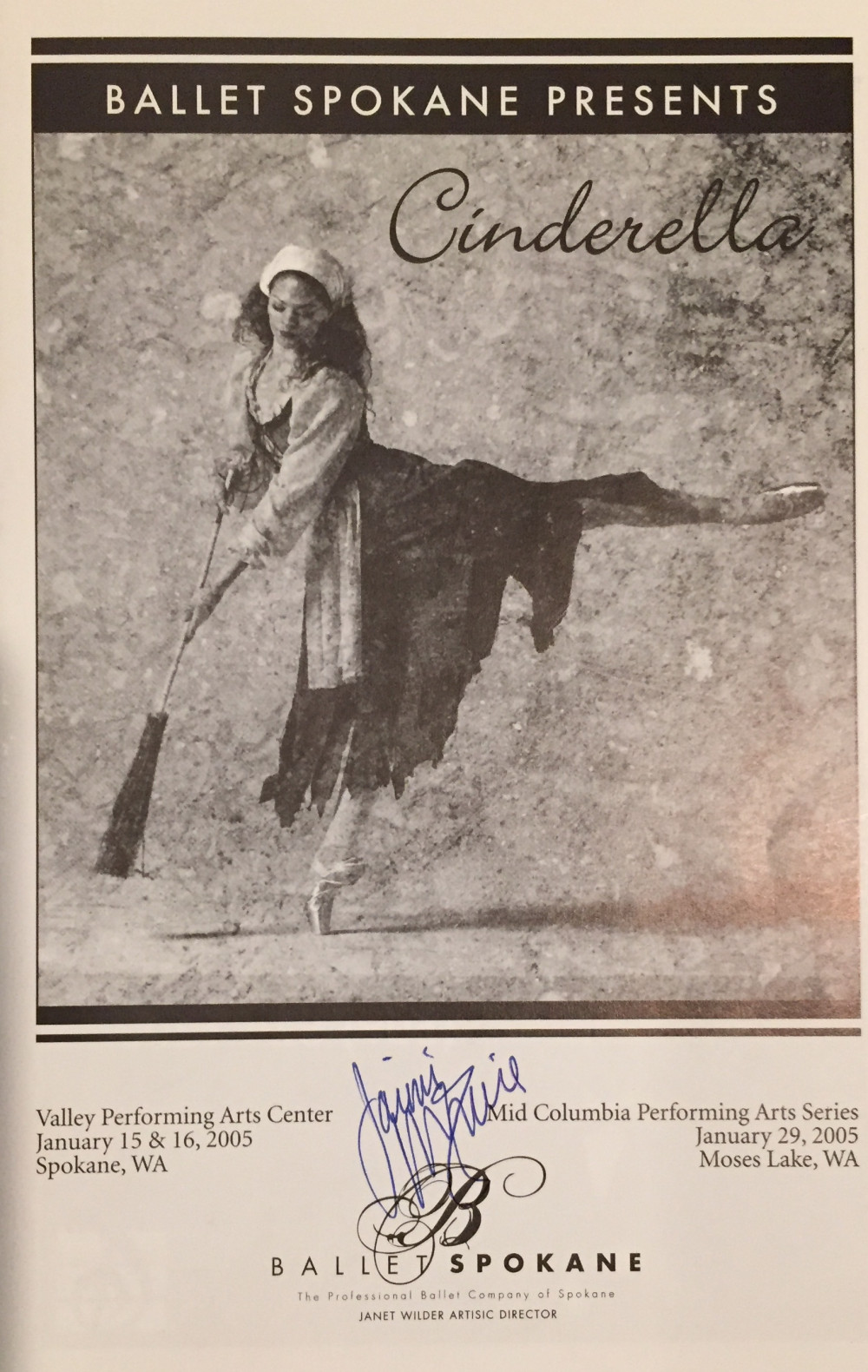 We arrived just before the program was about to begin. She indicated she would like to go up to the lobby and check stuff out. I told her the program was about to begin and that we would go at intermission. I bought her a few ballerina things at the Dollars for Dancers table. Then we wandered over to your table where you had a painting raffle. She wanted a ticket and I came up with just enough for one ticket. I made her fill it out and handed it back to the gentleman at the table. Then we proceeded back to our seats for the next part of the ballet program. 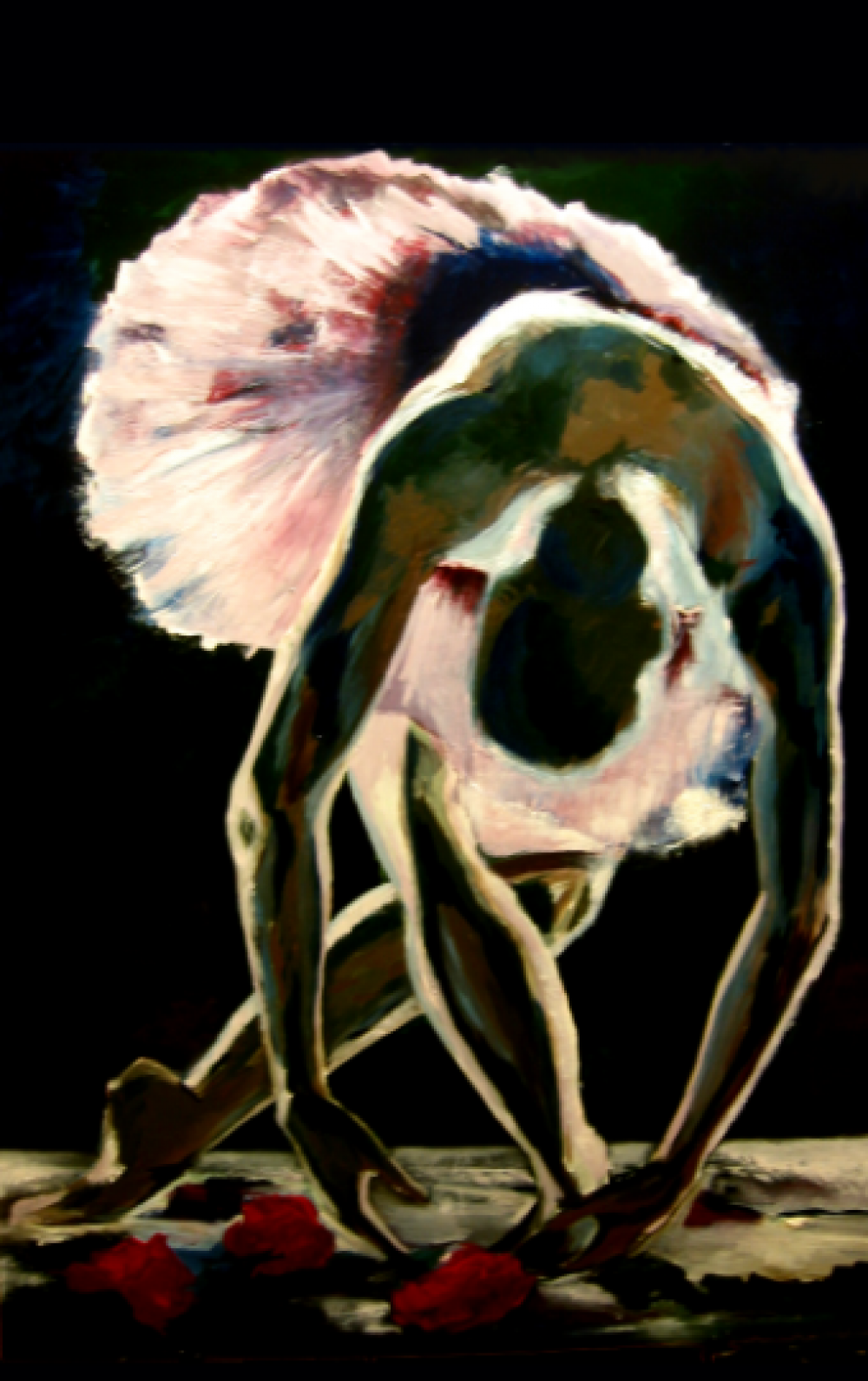 She told me several times through the performance that she hoped she would win the painting. I told her she shouldn’t get her heart set on it since we had bought only one ticket and that there were others that wanted the painting, too. It did not deter her mind for wanting it. When the show ended, she reminded me we needed to go to the lobby to see if she had won. I told her again that she may not have won because we only had one ticket.

We reached the lobby after a few anxious minutes for her. I tried to switch her mind into getting autographs from the dancers as we entered the main lobby. Then when we reached your table, I was so surprised to see her name on it! She was SO EXCITED! She had won!

The painting just fit in the back of my car. When we reached her home, she dashed to the front door and swung it open to tell her folks that she had won a “big painting”....their mouths dropped open as they couldn’t imagine what it was? Then, I brought it in and they were so happy that she had won.

Nora called up her friends on Sunday and told them all the details. The other thing I wanted to share with you is that Nora was born with feet that were so severely bent back towards her legs. I can’t think of the exact word that they call this condition. She was in casts for a least six months of her very early life. The Shiners out of Spokane were a huge blessing. If it weren’t for the surgery they were able to perform she would be in a wheelchair for the rest of her life.

I just wanted to thank you for the painting Nora won. She is still on cloud 9. 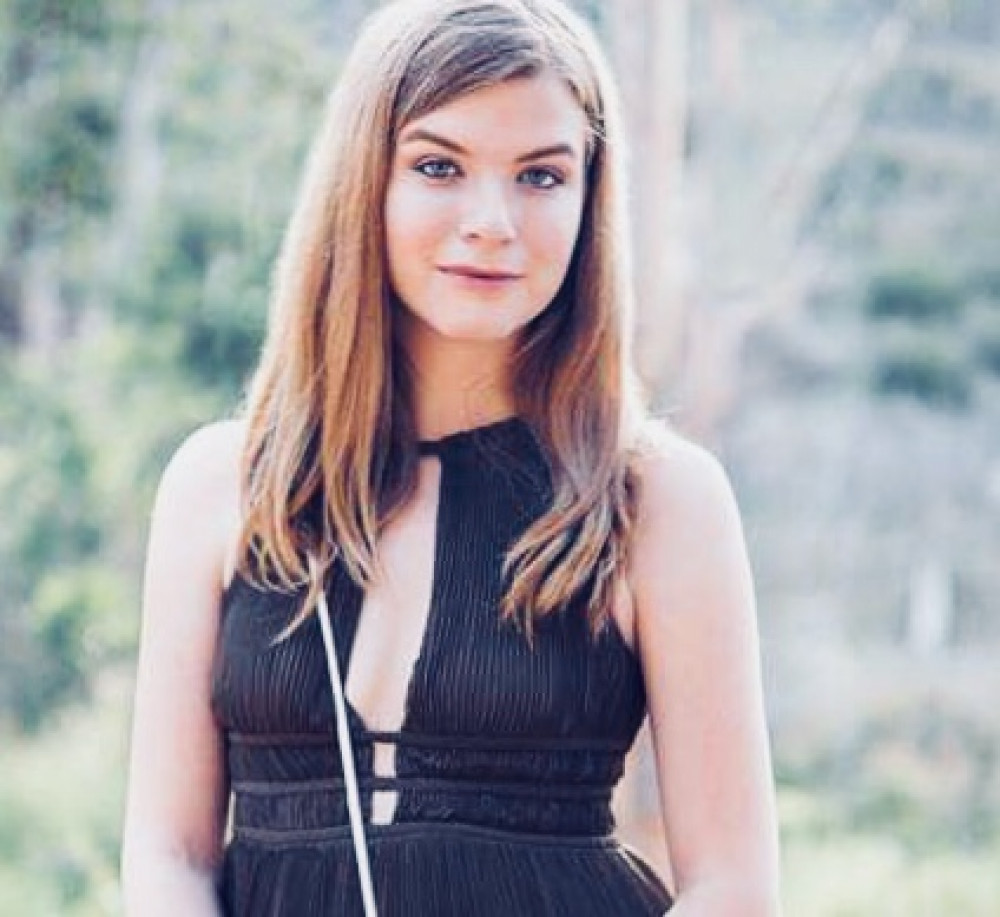 I had the opportunity to visit with Nora this week and I asked her about the painting from 15 years ago. To my surprise she still has it! This is what she told me...

Do you still remember the feeling you had that you were going to WIN something that evening?

Nora: Yes- I was sure I won! It did not even occur to me that I could lose at that moment. I just KNEW I won. My Aunt Kathy was trying SO hard to let me down easy, I can’t imagine how stressed she was trying to figure out how she was going to comfort me after- haha. I remember getting to the top of the theatre, looking out the door- trying hard to get a peak as soon as possible. I remember seeing my name and yelling “I won! I won!” and Kathy was SO shocked. We had to finagle it a bit to get it into her car, but it worked out well J

What did the painting mean to you at eight years old?

Nora: It was the nicest, most “adult” thing I owned! I felt fancy, which for an 8-year-old is everything. We ended up painting my room a year or two later, and we painted it to match the color scheme of the painting because I wanted it to match. Even now, I make sure that I put it in places where it can be appreciated, and decorate the room accordingly. We have moved SO many times now, and that painting has come with me to each new space.

With moves to California and New Jersey, Is the painting still displayed in your home now?

Nora: Absolutely! It was hung in our living room in California and now is hung on the wall in our stairway in New Jersey. 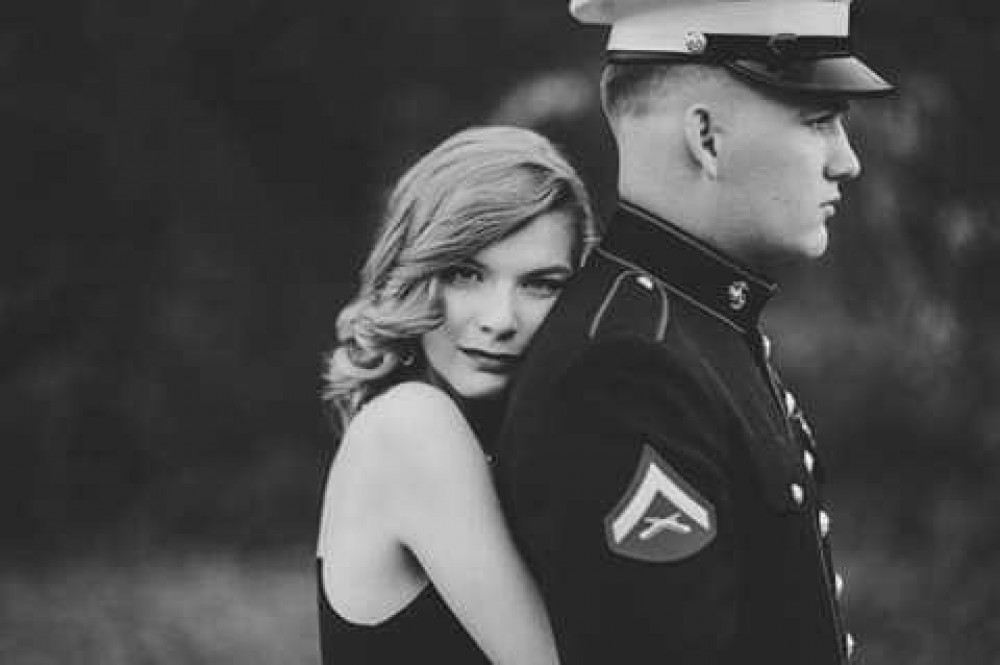 Nora and her husband, Zach

When I got off the phone with Nora I couldn't help but take a few moments to ponder the saying we have all heard. "Never stop believing that something wonderful is about the happen!”

I nodded my head with a smile.
View More Stories