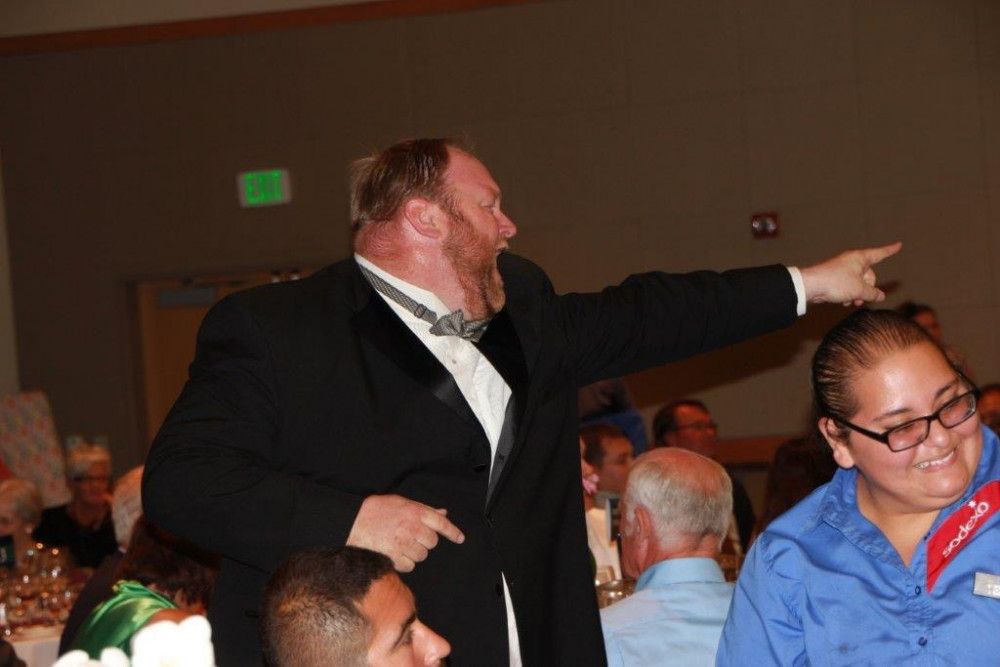 A visit with the man Chuck Yarbro Jr.

For Goodness Sake Posted on Apr 1, 2020 Have you ever been to an auction? If you have been to any farm or estate sales in the Inland Pacific Northwest over the last four decades, there is a pretty good chance you have heard the vocal stylings of Chuck Yarbro, Senior, and Junior. With the Junior Yarbro now at the helm of Chuck Yarbro Auctioneers, we were fortunate to get some of his time to find out more from the man himself. With acres of personality offset by gentle blue eyes and a warm, engaging enthusiasm whether he is greeting you for the first or fortieth time, Chuck Yarbro Jr. is not a person hard to talk with. 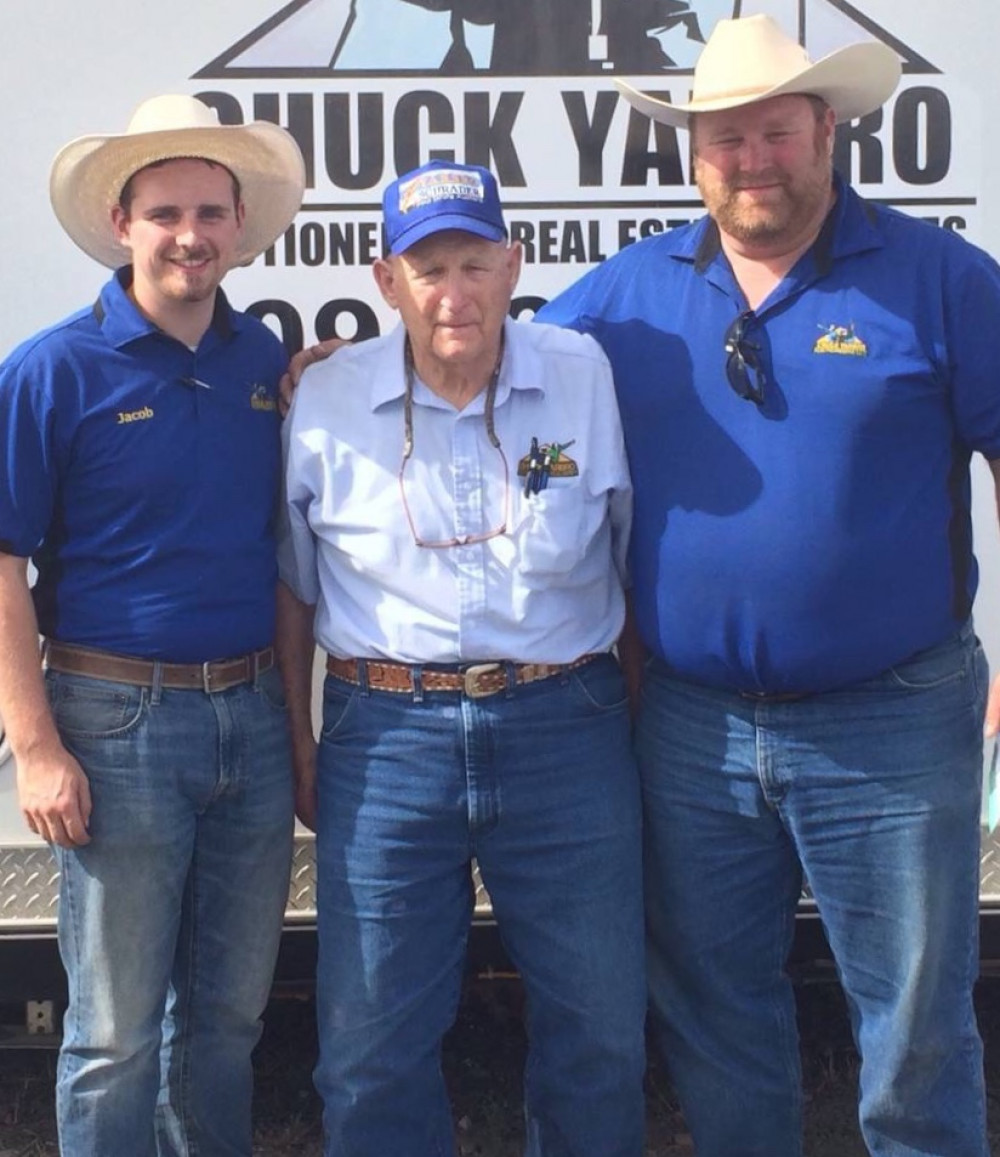 Born in Montana, Chuck grew up moving around with his parents to several great states working with livestock and farming and the related operations of that country lifestyle. He was a lad of about 8, he recalls, when they moved to Moses Lake in 1975. After managing three large farms in Moses Lake and Pasco, in 1978 his father started up the auction business that has grown into this legacy. Whether by nurture or nature, auctioneering worked into his DNA and from a very early age, he was helping his dad at auctions in all sorts of ways. 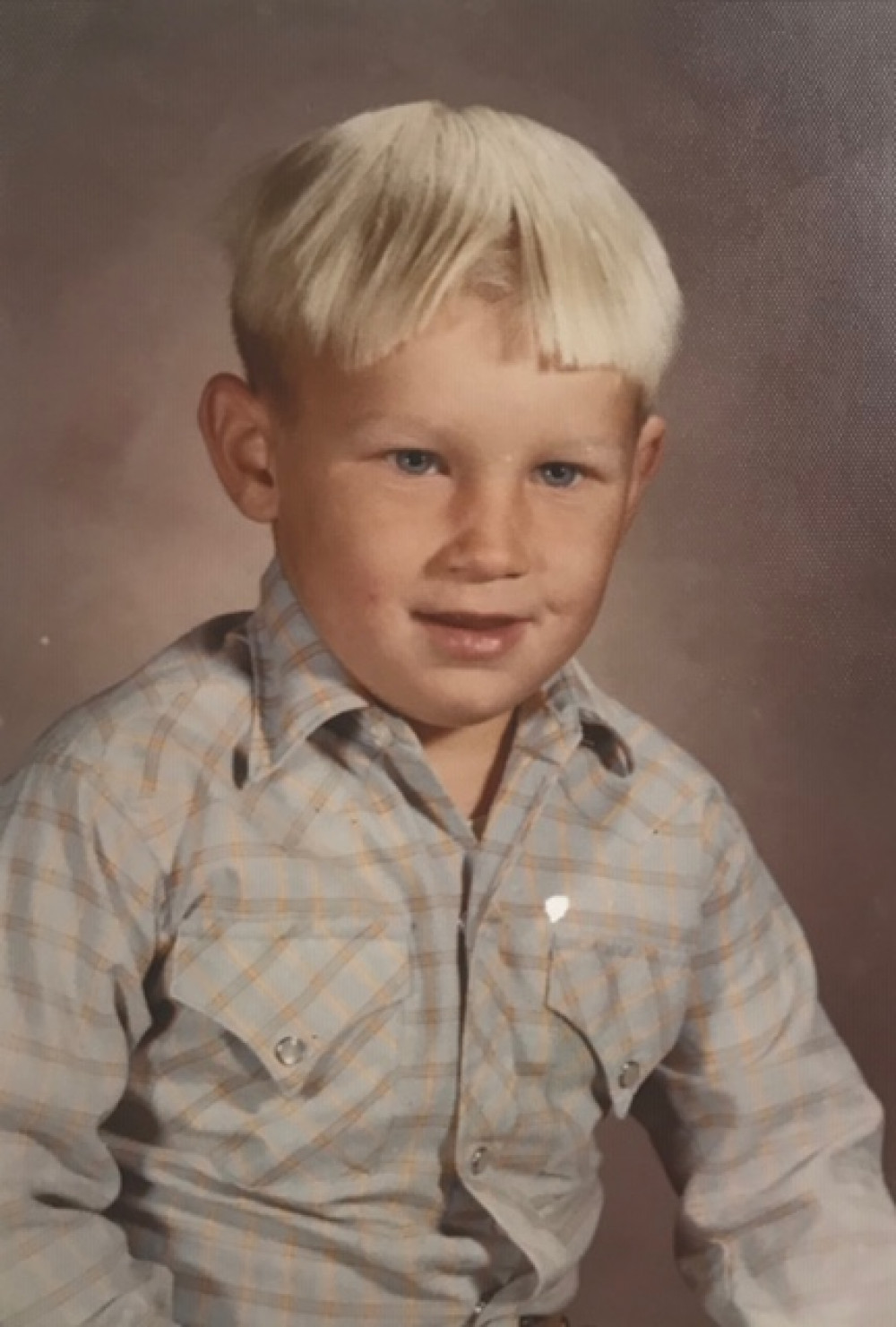 It was not just a ‘given' that he would follow Chuck Sr., though growing up there was always talk around the table of the auctions, the people, and what it took to make things work. One day, he relates, a bidder was missed as he was holding up an auction item, typically a non-speaking role, and he just had to speak out! The crowd and his father all realized he had found his voice, the rest…is history. 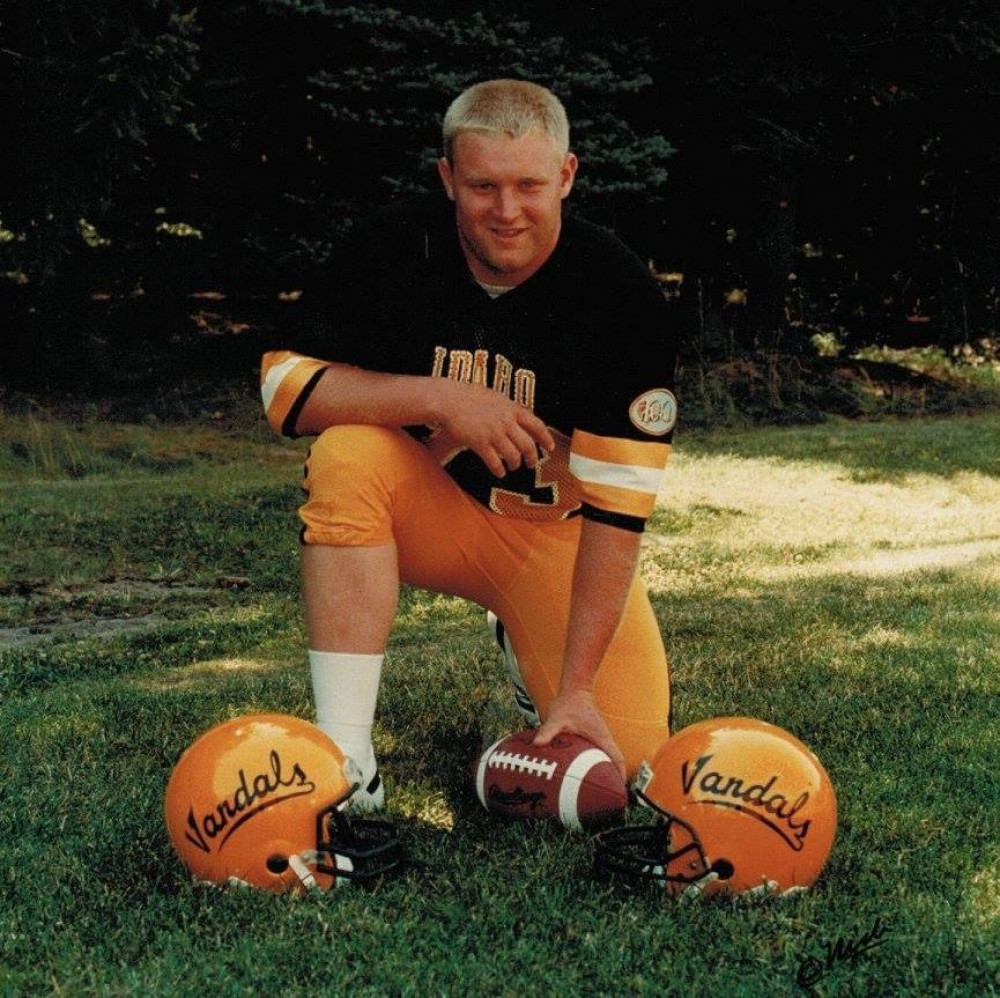 Yarbro Jr. went through our Moses Lake school system, graduated from MLHS, and later went on to play football for the U of I. (Go Vandals!) Yarbro has the size and drive that do one well in football but found after a few broken bones that there may be a different long-term career path that lies ahead. His college studies prepared him for the auctioneering business that requires many hours of hard work. ‘Calling the bid' takes intense concentration as well as the mastery of the verbal and visual skills required to spend hours evoking the rhythmic tune of that delicate, tongue-twisting tango. Yarbro likens it to a form of ‘matchmaking'; bringing buyers and sellers together on the same floor to make something positive happen for both parties. 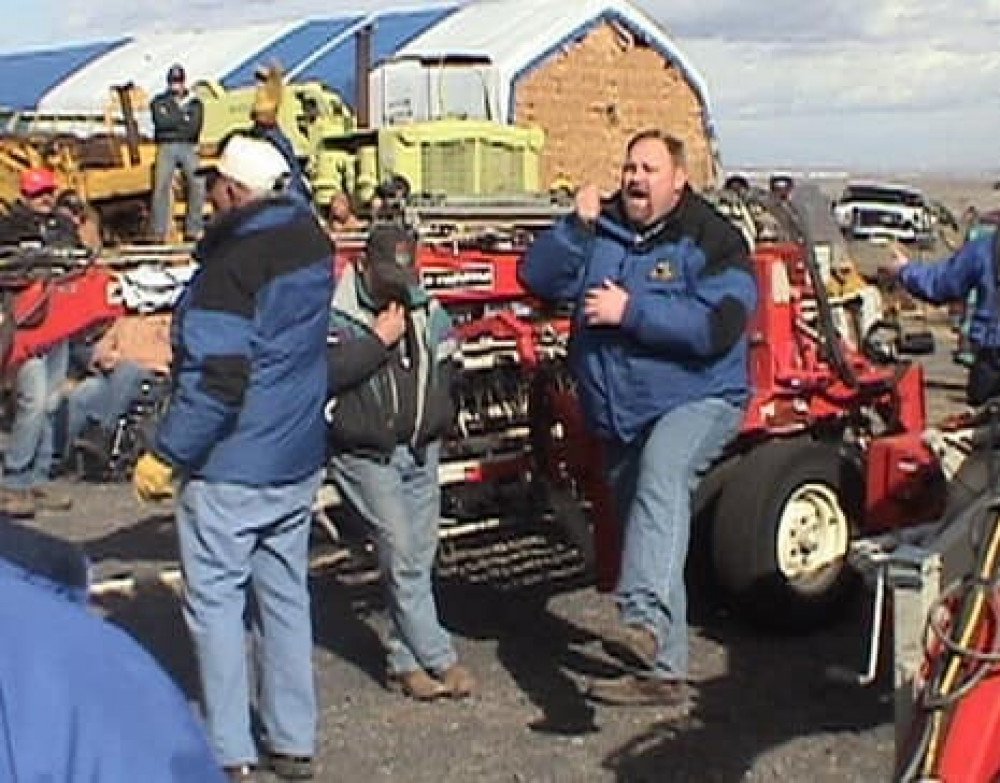 Chuck concedes that in the shortsighted view of what he does, there is a dark overtone as it often means someone has died and assets need to be sold, or perhaps a farm/business has decided to end and be liquidated. He adds, however, that 90% or more of the cases end up being a positive for both sides of the gavel. After his 30 or so years seeing how it all works, and being the chief agent of it now, he can practically guarantee that the funds netted at an auction will always be more than if parties tried to sell things on their own, in addition, more items can be moved and that means dealing with fewer leftovers. 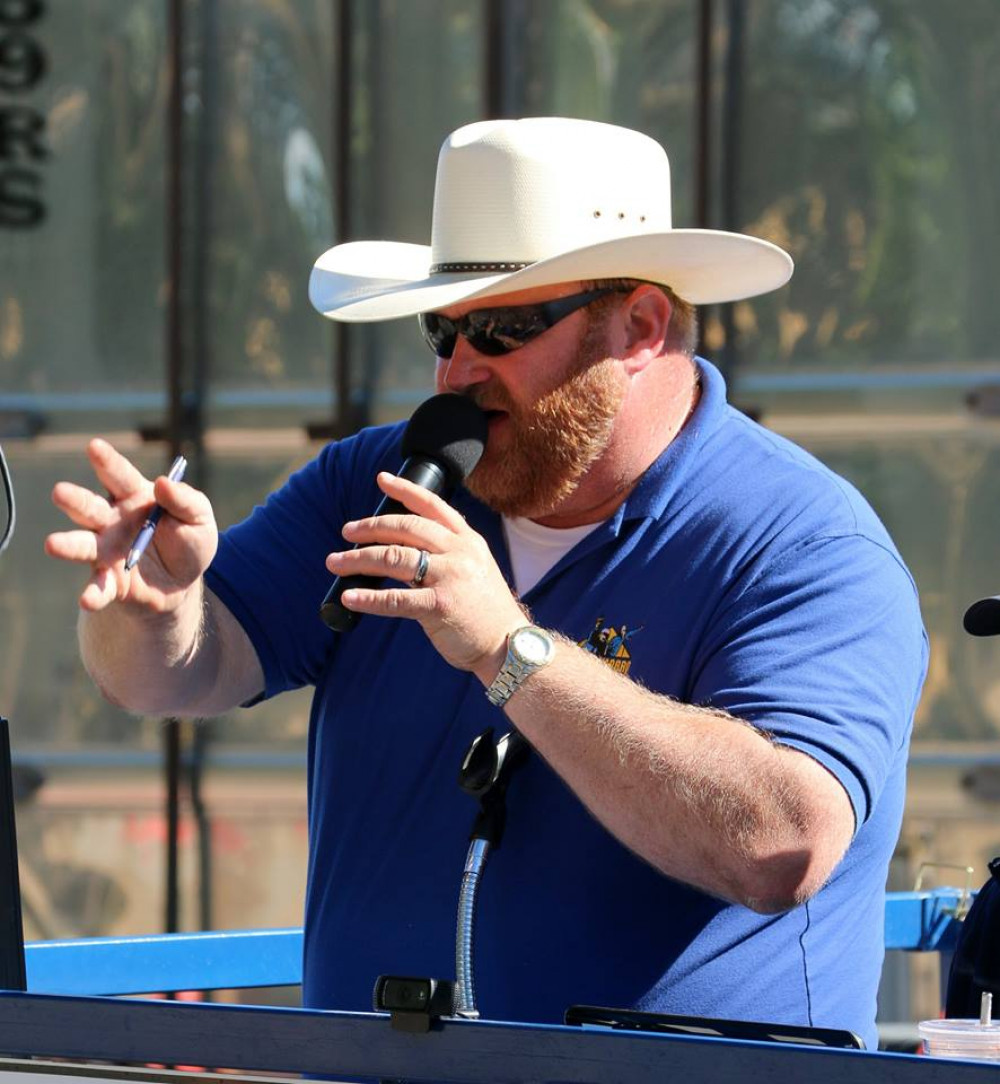 A fixture mainly in the Pacific Northwest's agricultural regions, Yarbro's business is expanding with the internet making it possible to go farther and access more buyers and sellers. Time is always a factor as Yarbro states that as soon as they button up one sale, they are doing the prep work for the next. He estimates that for every hour of live auction time, 150-175 manhours of pre-work goes in ahead of it. Many hours are spent traveling, cataloging, evaluating, staging photos/videos, researching, and putting together the auction flyers and booklets. His full-time staff of 4 swells to 15 or 20 when it is auction time, all of this requires manpower and technology, something Chuck Jr. has been eager to keep up with. Many auctions now have an internet aspect to it so bidders can buy from afar and the use of drones and digital equipment help make the pictures and videos invaluable in the marketing end of the work. 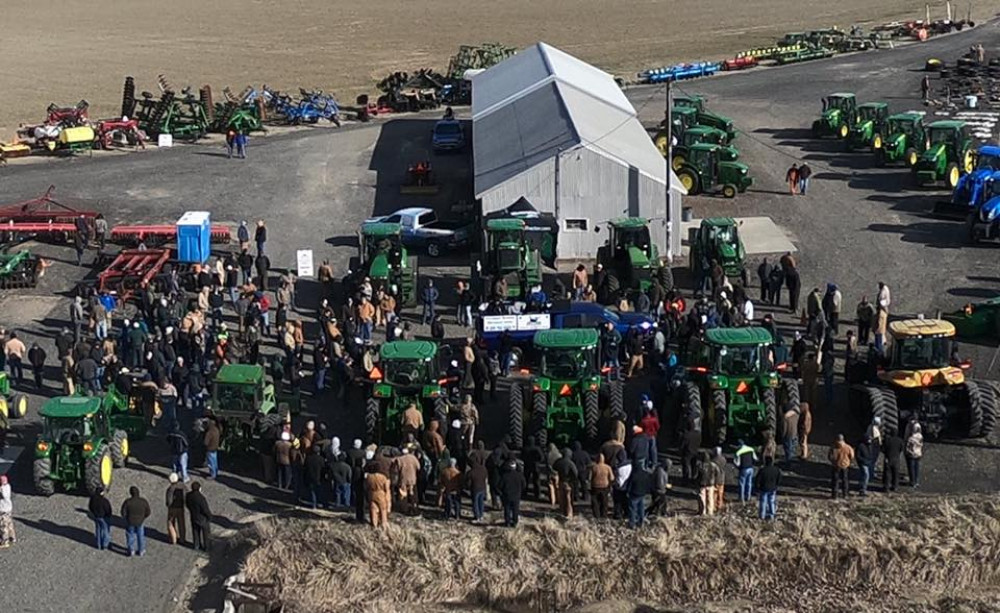 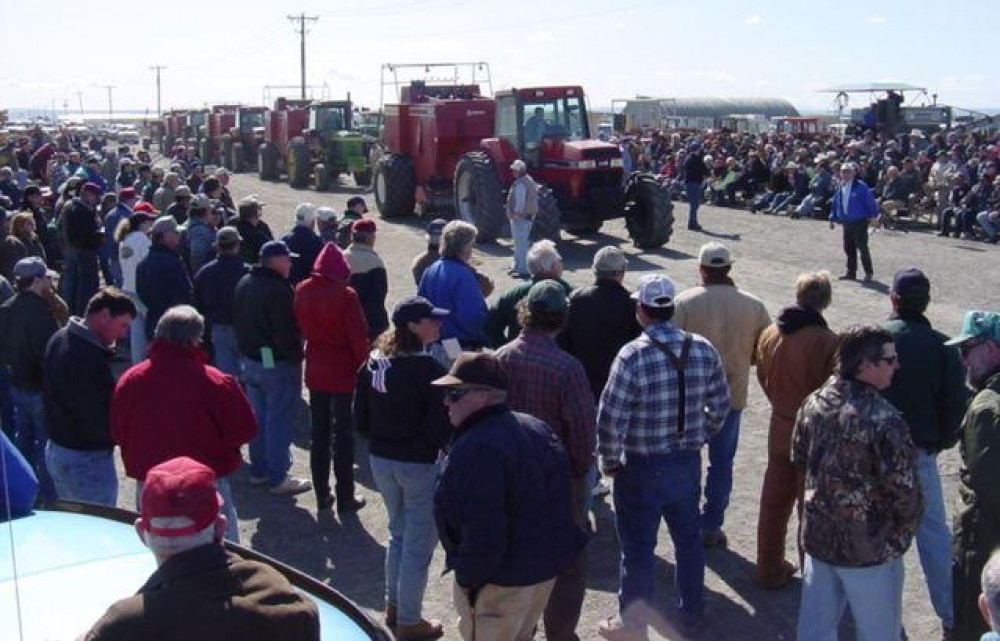 With all this time involved Yarbro does not consider himself a workaholic. He is committed to putting family first, though his 4 children are now all grown and mostly out of the house. Riggs is in Seattle, Chelsea, and husband Jordan in Vancouver, WA, Tucker in San Diego, and Anna last at home graduating from Big Bend Community College this June. He has come to know when it is time to put down the phone and head to the house to enjoy his downtime together with his beautiful wife, Sara. 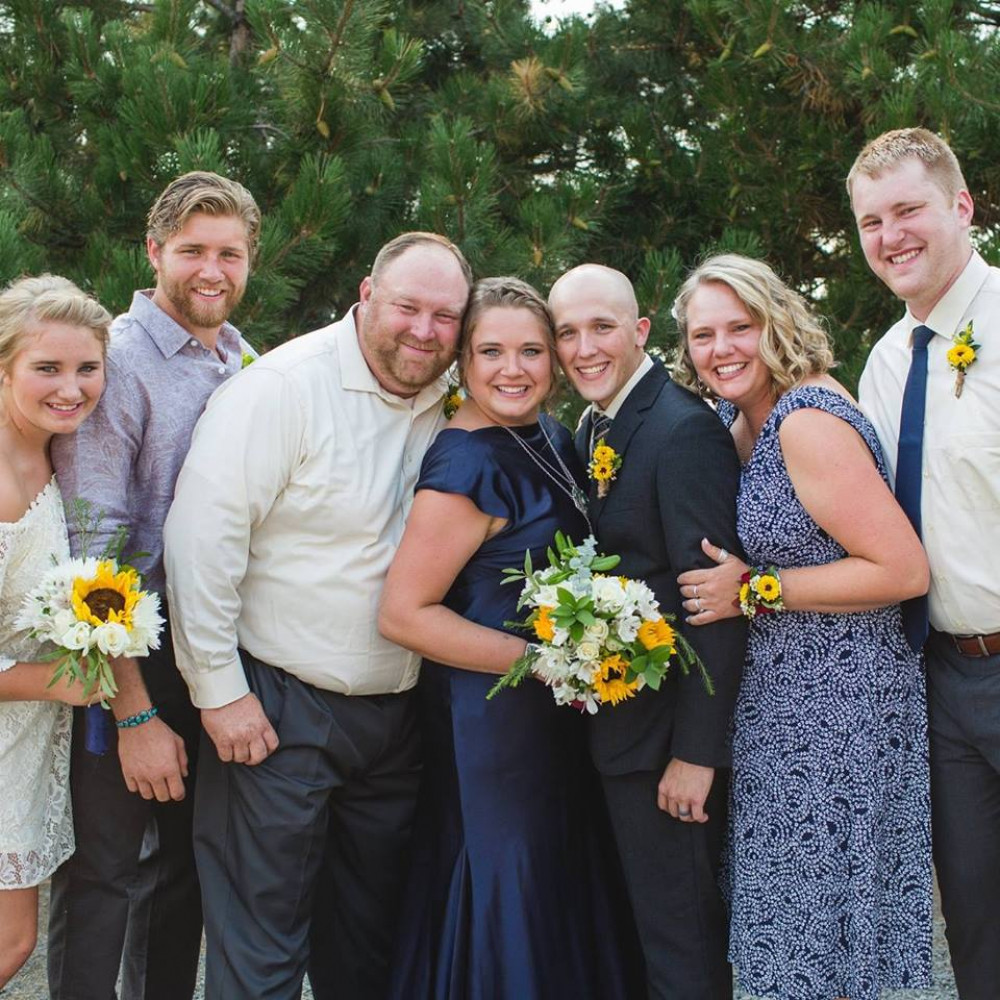 For relaxation, Chuck says he enjoys most of all just sitting down to a back-yard BBQ with old friends or new ones; sharing a meal and socializing is good decompression time for him. One of the things he likes best about the auctioneering arena is the social, almost family affair aspect he sees at events. Many of the same folks will travel around to hit multiple auctions, see old friends, or just support the activity. Yarbro says he sees many examples of networking happening outside of the actual bidding; deals being struck, information exchanged, friends connecting.

When the dust settles after his work is done, the most rewarding thing for Chuck Yarbro Jr. is to shake a hand and hear, "Well done, and thank you." Many of his clients are surprised by how his presence has made the reassigning of assets palatable and near painless. Sometimes it can be a firestorm of emotions and activity at auctions, Chucks wants to pour on the water, not the gas. This is what keeps him getting up in the mornings and putting on his boots.

As many already know, including this author, Yarbro is not a man stingy with donating his time and talents to many charitable fundraising auction events. His mix of wit, charm, and enthusiasm can make it as fun as a Vegas show, and he does this drawing from the depths of his ‘giving well'. 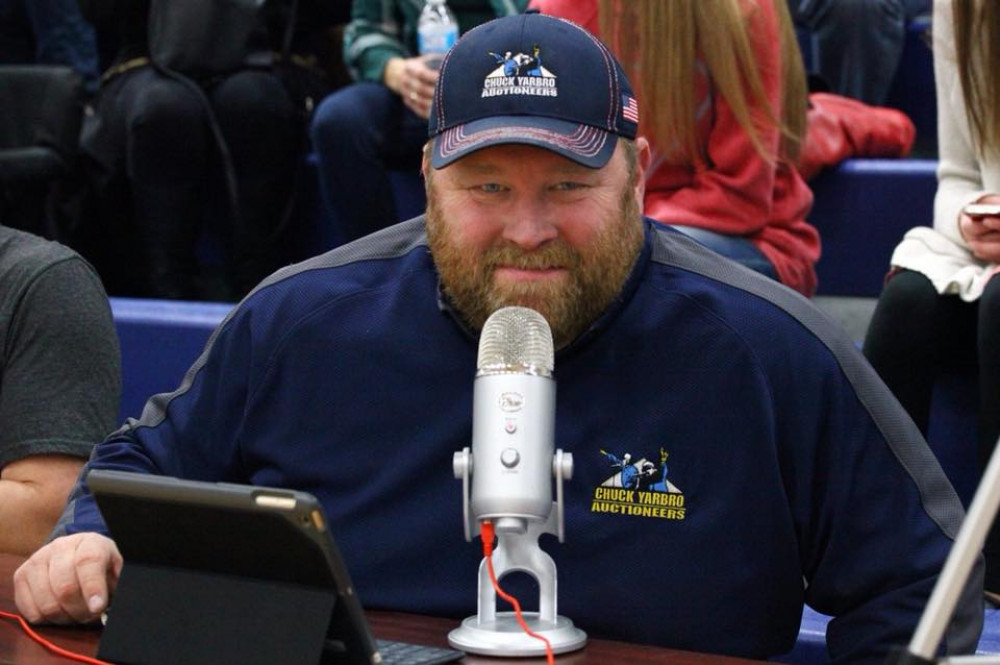 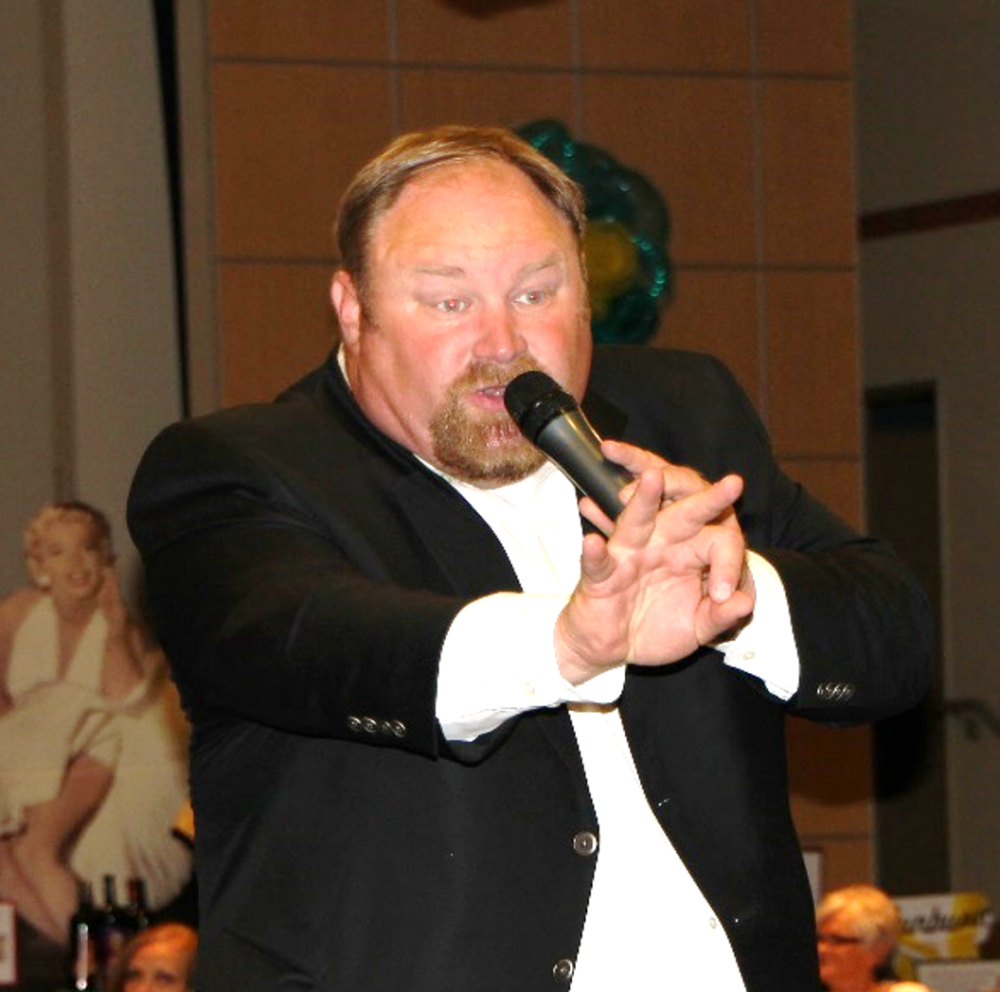 What keeps him going and doing this is his life philosophy to do his absolute best and work to make someone's situation even just a little bit better; to help people out of trouble and to be sensitive to their situational needs. Chuck adds that if you are not helping to make other humans' lives better, you're doing it wrong; take care of others and all your needs will be handled.

With sensitivity and compassion far too rare in our modern society, Chuck Yarbro Jr. has become well known in our community and the NW at large. This is only one reason he has been honored to represent and serve as the 2019 Moses Lake Spring Festival Grand Marshall. (Though he is far too humble to acknowledge any reason for that.) 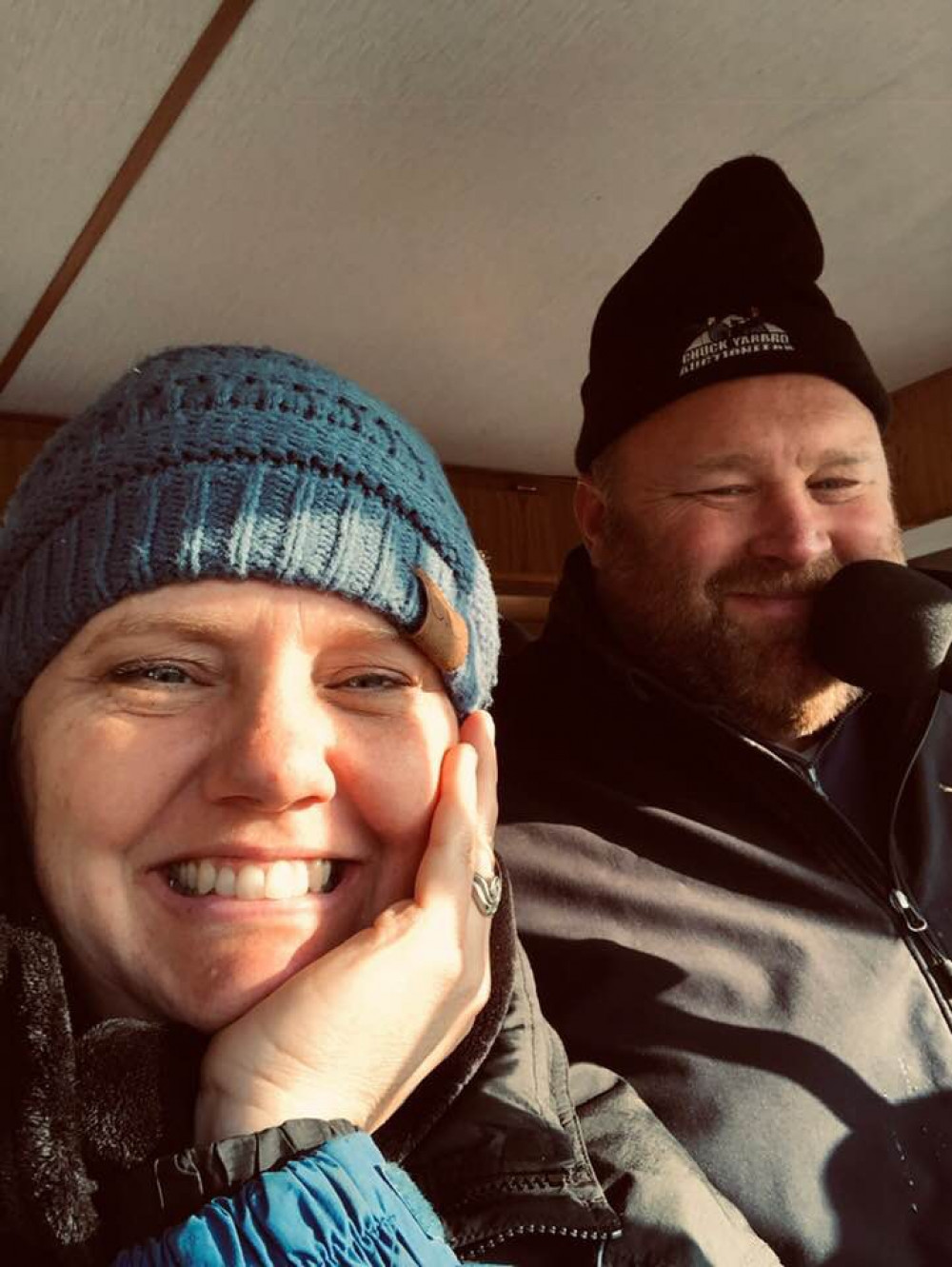 Sara and Chuck at a farm auction

Sara and Chuck at a farm auction