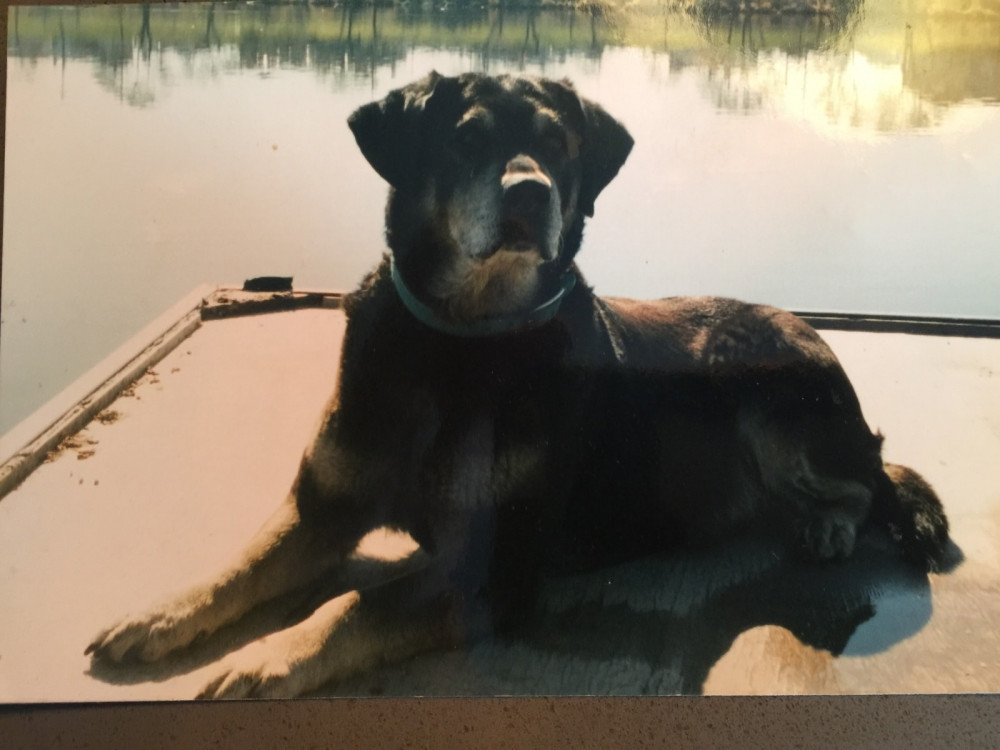 An unlikely rescue from Moses Lake

For Goodness Sake Posted on Jan 9, 2019 It was winter. The lake was frozen in spots enough to be unstable to hold the weight of my much-loved dog, Arree.

I received a phone call from my friend Rebecca with the Humane Society in the afternoon on this winter day. She was concerned as she had received a message that a black lab female dog had been pulled from the frozen lake in the early morning hours. Upon receiving the information and the whereabouts of the incident, Rebecca recalled that my dog fit the description. She knew Arree and how valuable this canine friend was to me. So she called me with the question, “Melea, have you seen your dog today?”

It was a strange call because I had been curious all day as to the whereabouts of Arree. It was a routine every morning to go for a brisk walk together in the fresh early air, and on this particular morning when I opened the door expecting to receive the excited “ready-to-go” greeting, she was nowhere to be seen. I walked alone. I looked for her along the way considering how I would reprimand her for leaving the house and wandering. It was so unusual and not something I wanted her to get in the habit of doing since I lived in town. I watched for her throughout the day, concerned about her absence.

As soon as Rebecca asked me her question, I knew something was wrong. My instant response was, “Is she alive?” Before she could answer, I already sensed what had happened as I looked out over the frozen lake. My heart sunk. I knew Arree never left the house, but I feared that the geese sitting on the frozen lake might have been too much of a temptation for her. She was a highly trained hunting dog in her younger years and my memories ran back to the enjoyment she ensued when she would be asked to “find the birds”.

“Yes, she is alive. She is at Dick Deane's house!” Rebecca's answer was sheer relief to my pounding heart.

Immediately, I called and spoke with Dick's wife, Linda. (Linda is since deceased). The Deane's lived a few houses down the lake from my home and again I thought of the geese. Linda explained what happened.

At 5:30 in the morning, Mrs. Deane was awakened by an odd sound coming from the lake. She said, “It sounded much like someone was trying to use a duck call, but didn't know how to do it.” She quickly woke up her husband. The distressed sound was enough for Dick to instantly go into action. As the lake was only partially frozen, Dick pushed his canoe with a shovel towards the sound, not knowing what it was, just knowing something or someone was in trouble. He saw nothing due to darkness. As he shone his flashlight into the water, the reflection coming from a city license tag caught his eye. Arree, struggling for her life had gone down under the water for the last time.

“I wasn't sure what I was in for,” Dick expressed. “I wasn't sure if I reached into the water what I was going to find, or if I was going to get my arm bit off.” Dick Deane reached anyway. He grabbed the top of Arree's head and pulled her over 100-pound body up to the water level for the gasp of air that saved her life. By this time, Mrs. Deane had called the Fire Department for assistance and Arree was pulled from the lake. Her limp, traumatized body was almost lifeless. Dick Deane knew then if it had only been seconds later, she would have never made it.

Arree was taken into Deane's home and cared for lavishly. She was bathed in a warm tub and wrapped in blankets. She was scared and exhausted and accepting of the warmth and kindness she was receiving from people she did not know.

When I arrived to pick her up, she was unable to hardly move. She looked up at me with eyes that told me the whole story. I could read those eyes and I know Arree, in her own way, knew she had been saved. It was confirmed to me a few months later when Dick Deane was walking in the neighborhood, wearing a neck brace that he had acquired from a recent surgery he undertook. Seems the weight of Arree's body had caused some damage that required repair.

He stopped by mine and Arree's home to say hello. Arree's tail was wagging with vigor and greeted Mr. Deane with affectionate licks of his hands. Being an excellent watchdog, Arree was always conservative and cautious with people and it was unusual for her to react with such excitement. But with this visitor....she knew.
View More Stories