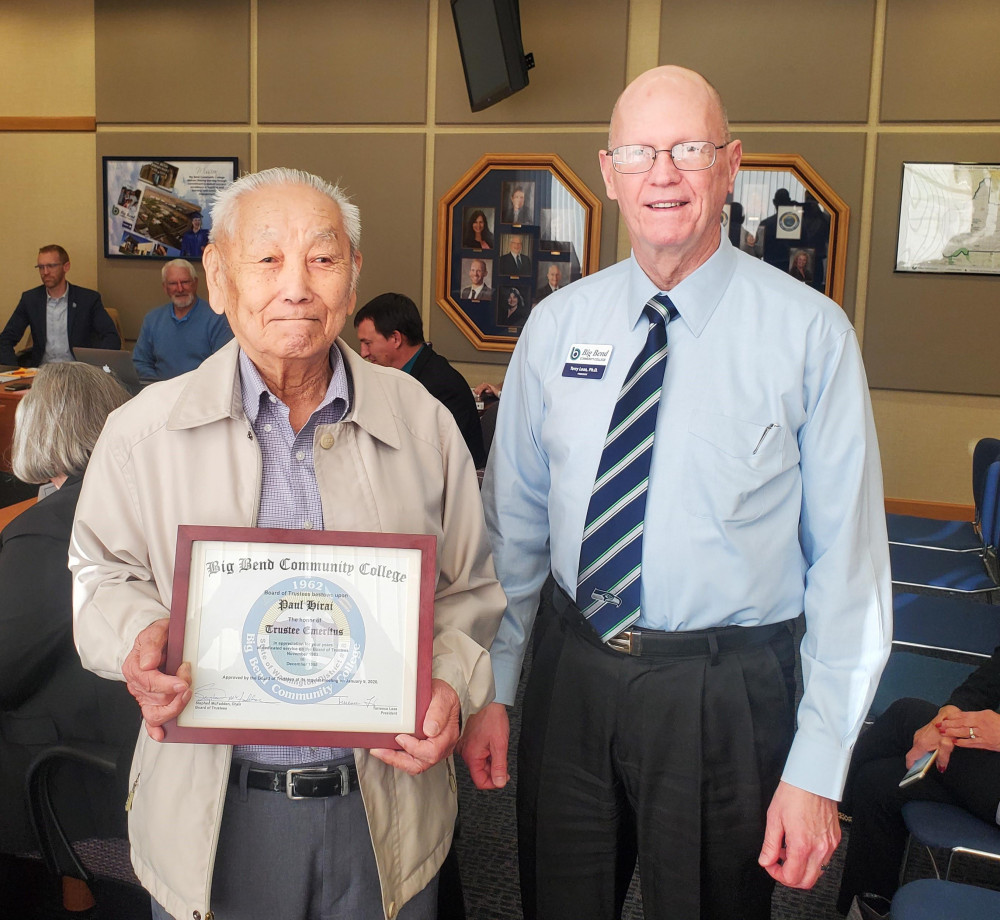 For more than five decades, Hirai has nurtured the growth of Big Bend and given generously of both his time and resources to support The College’s mission of providing its students a quality education through excellence in teaching and learning. “We are pleased to honor Paul for his long and generous service to Big Bend Community College and its foundation,” said Big Bend President Terry Leas. “Paul exemplifies the highest standards of a servant leader."

Hirai began hosting Japanese Agricultural Training Program (JATP) students in 1967. He served on the college’s Board of trustees from 1983 to 1998, including four years as board chair, and has served on the board of the BBCC Foundation since that time, acting as that board’s chair six times. Big Bend dedicated its Fine Arts Building in his honor in 2013.

“Paul embodies the word philanthropy; he is tireless in his pursuits to make the world a better place for the next generation,” said BBCC Executive Director LeAnne Parton. “His influence and impact are far-reaching in our community and beyond. His contributions to Big Bend are so numerous they cannot be quantified.”

Hirai has been decorated by the Emperor of Japan for his work with JATP, Japan Air Lines, and the Moses Lake/Yonezawa, Japan sister city program. He was also one of the first inductees to the Moses lake Agriculture Hall of Fame.

“Paul Hirai is the epitome of a community college champion,” said Board Chair Stephen McFadden. “His service to BBCC has been substantial. Paul is a generous, thoughtful and dedicated individual. He raised the bar for all trustees who followed after him.”

“I have enjoyed every minute that I have given to the college and the college foundation,” said Hirai. “My association started many, many years ago when we began hosting JATP students on our farm. My wife’s sister was the program’s first interpreter and students were able to come out to the farm and learn about our irrigation siphons, farm equipment, and potato storage … Moses Lake has been exceptionally good to me, my wife, and my family. I just want to say thank you, thank you, thank you.”