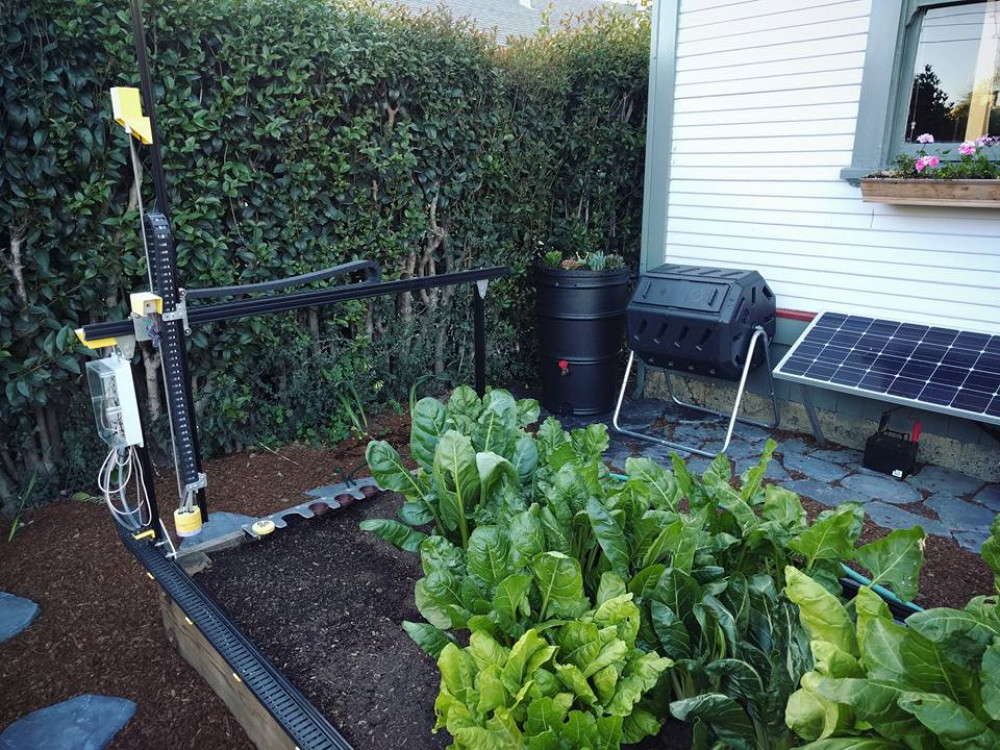 FarmBot, a fully-automated robotic farming machine will to be brought to BBCC campus

Posted on Jul 27, 2018 Big Bend Community College and the Center of Excellence for Agriculture (COE Ag) have partnered together to bring FarmBot, a fully-automated robotic farming machine, to campus.

COE Ag funded $3,500 for the purchase of the unit in exchange for at least two years of data reporting from the college. FarmBot is anticipated to arrive on campus before the end of the summer.

FarmBot launched in California in 2016, and was touted as the world’s first open-source CNC (computer numerical control) farming machine. It attaches to a raised planter bed and moves around to plant seeds, test soil content, water plants and even detect and destroy weeds. The unit is entirely programmed and controlled using a web application.

When FarmBot arrives at Big Bend, it will be housed with the Mechatronics program. Mechatronics Coordinator Gary Baker said students will primarily work with the unit as part of their capstone project. They’ll get to program the FarmBot, troubleshoot and fix any problems and be responsible for its overall maintenance.

“They’ll get to see it work as an example of what mechatronics can do in the area of agriculture,” he said.
The FarmBot also compliments what students have already learned in the program. For example, the unit is powered by a Raspberry Pi computer and an Arduino microcontroller, both of which students encounter in early courses.

“Working with the FarmBot and incorporating it into their capstone fits together with their other training,” said Baker.
Unmanned Systems and Mechatronics student Jim Leland said he helped lobby for the FarmBot to come to campus because of the multi-disciplinary possibilities. Students in other programs, such as Agriculture, Computer Science, and the research sciences, might also find value in using and working with the FarmBot.

“This has far-reaching implications once we get going,” Leland said. “The possibilities are there, it’s very exciting.”
Visit http://bigbend.edu
View More Stories