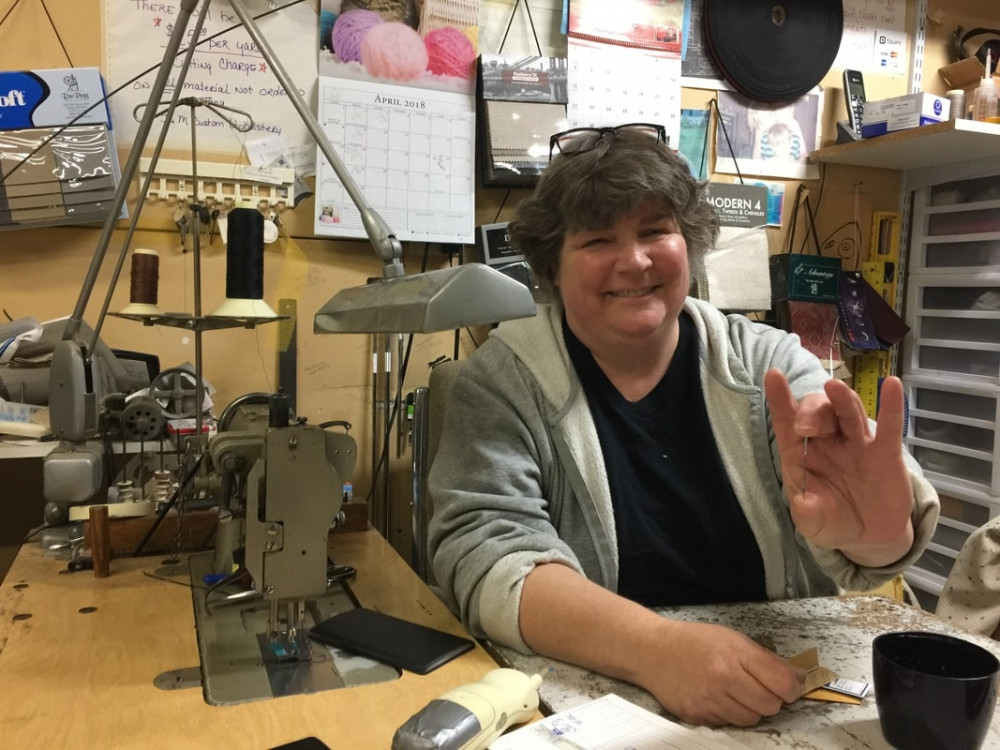 He bought a Porsche

V Gallery Posted on Dec 16, 2019 He was very young. Molly Gallaway’s husband, Joe, had serious medical problems at age twenty-seven. Joe and Molly lived in Moses Lake starting their own family of three children and worked many various outside jobs to keep things flowing.

When Joe became so ill, they knew life needed to change. It had become more and more difficult for him to work away from home. The perseverance and faith in identifying a solution became the norm.

Unbeknownst to them, a small decision was about to change the course of their life. It started the day Joe bought a Porsche. The car badly needed a new interior. As Joe researched how much it would cost to have it done, Molly took one look and quickly surmised she could do it herself. After all, her grandma, Josephine Hanson, had taught her to sew on a treadle. And, her aunt was a seamstress. So, why not? In her mind, the only question to be answered was, “Tell me why I can’t?”

So, without any evidence or experience to confirm her confidence, Joe agreed to give it a try. They proceeded to pull out a seat, head to the store and buy upholstery fabric. They muddled through, sewed it up, and got it done. The completed job inspired Joe’s interest in doing more of the same, so he started looking at books about upholstery and bought a machine and equipment.

To encourage him, his mother, Carmel Gallaway, decided to build him a new space to work in. She owned a ceramic shop on their Mae Valley property and taught lessons there. She offered to convert the area into a shop for Joe. With appreciation, he moved his equipment in.

Joe worked every day in the shop to learn the skill he began to like more and more. It was a given he had inherited a natural talent growing up alongside crafters and saddlers and shoemakers. Working with fabrics and leather was familiar to him. He took to it. 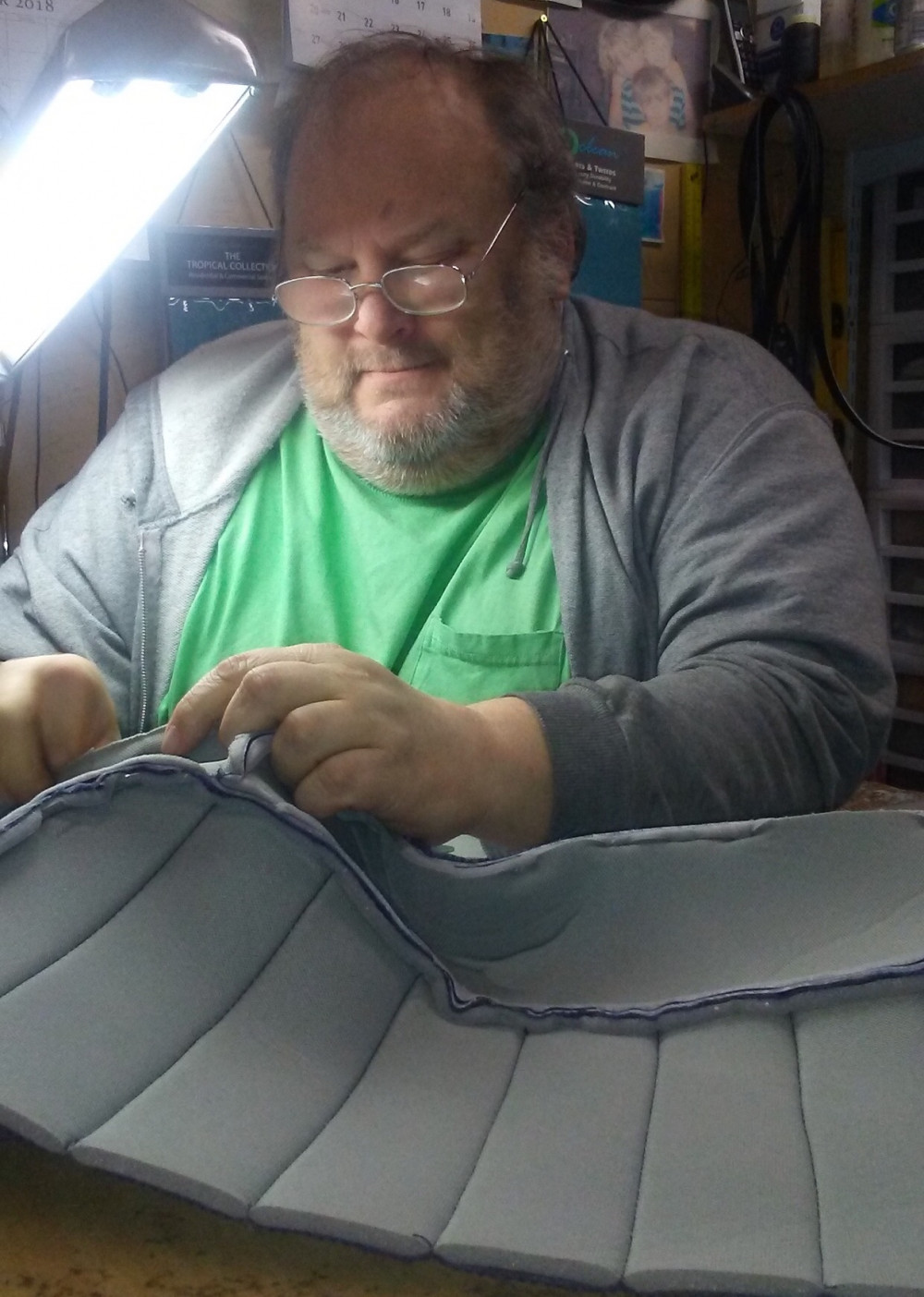 Molly worked outside the home yet also took a considerable interest in what was happening in the new shop. When home from work, she helped her husband while their three children, Sean, Donavan, and Nora would spend time with Grandma.

Molly admits it scared her at first. The needles are huge. And, she (even still) staples her fingers now and again. But, she also admits she is a stubborn Swede and didn’t let it stop her. They stumbled through.

Slowly over ten years, Molly began to realize the reality of turning their newly acquired skill into a business. It crossed her mind more than a thousand times that she could make the same amount of money working at home and wondered why she was driving back and forth to Othello, putting in long hours, six days a week? The day came when enough was enough. She didn’t want to do that anymore, or ever again. She needed to put her efforts and talents to work. At home. In the shop. With her husband. 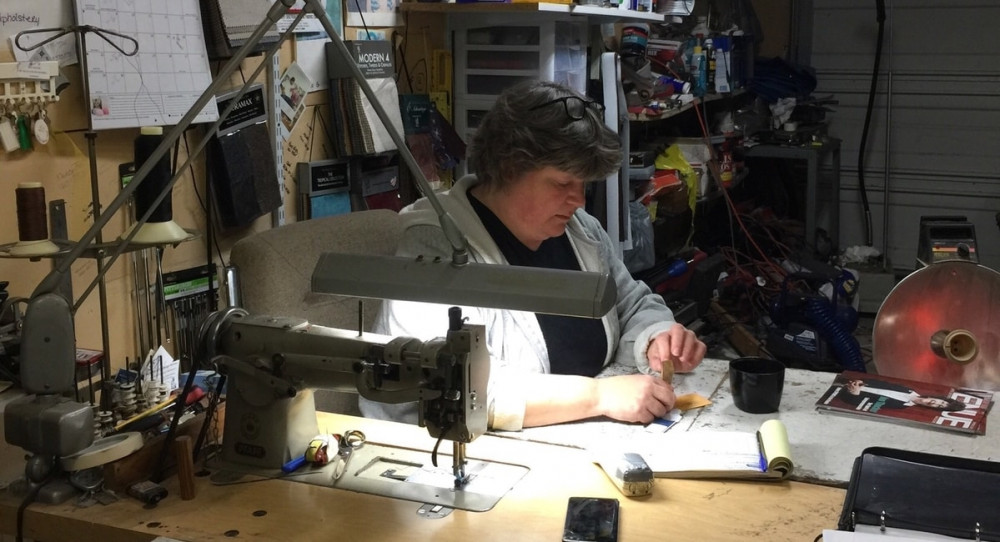 So, fifteen years ago, with no fear, Molly and Joe set out to embrace the opportunity to own their own business. They named their endeavor J & M Custom Upholstery. Every year got a bit better. Word of mouth brought them work.

Then, they received a phone call from a large industrial business in Moses Lake inquiring if they could handle an extensive project? “YES, WE CAN” was the response! The project went on for a number of years and the wonderment of being able to pay their bills was calming.

One evening there was a knock at the door. It was a man with a motorcycle seat that was not able to be repaired before the closing of the upholstery business he had placed it with. The man offered his gratitude for Joe and Molly’s willingness to complete the repair promptly and told them there would be other customers behind him. Over the next couple of weeks, the phone was ringing off the hook.

Since that time the increase in business has continued to be exciting. With the success of picking up numerous large industrial jobs as well as other local business and individual needs their schedule now remains full and a dream fulfilled.

Today, Joe specializes in automobile, motorcycles, and boats not only to ensure the vehicle looks great, but it is also comfortable and safe. 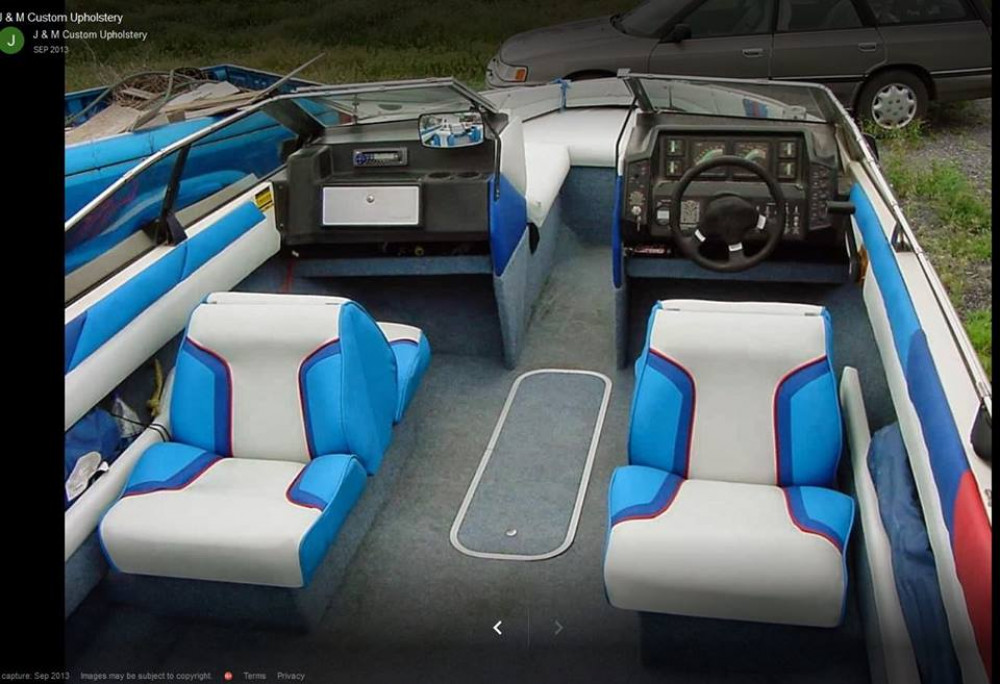 Molly takes delight in making furniture beautiful. Being a fabric junky, she finds the new materials to be impressive and stays current with trends in design and style. She enjoys seeking out the best fabrics to enhance functionality and aesthetics and quality. 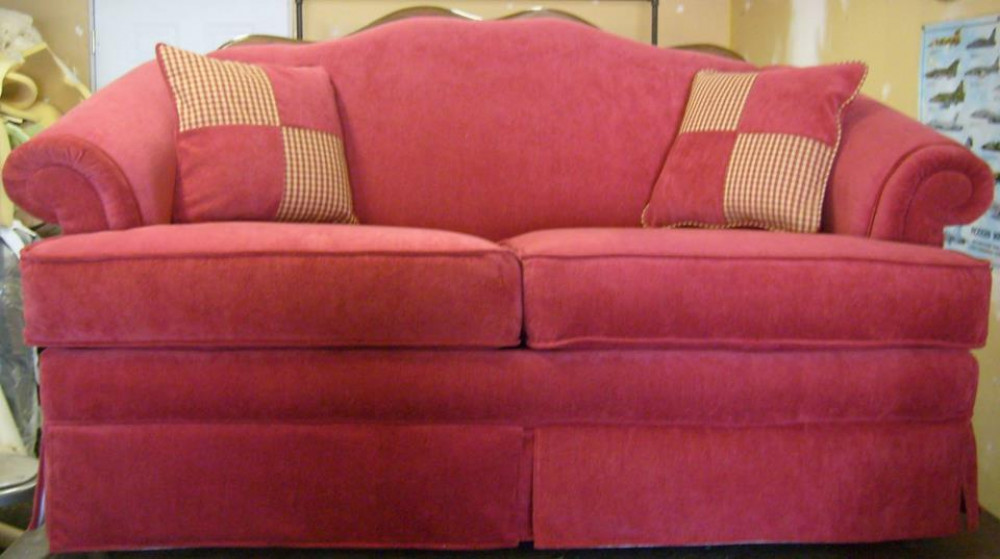 br>Together, they have a knack for seeing things others don’t see. They can’t stop thinking of ideas - how to improve - how to re-imagine - how to best make something look magnificent - how to repair something damaged - and, mostly - how to share a welcoming smile. 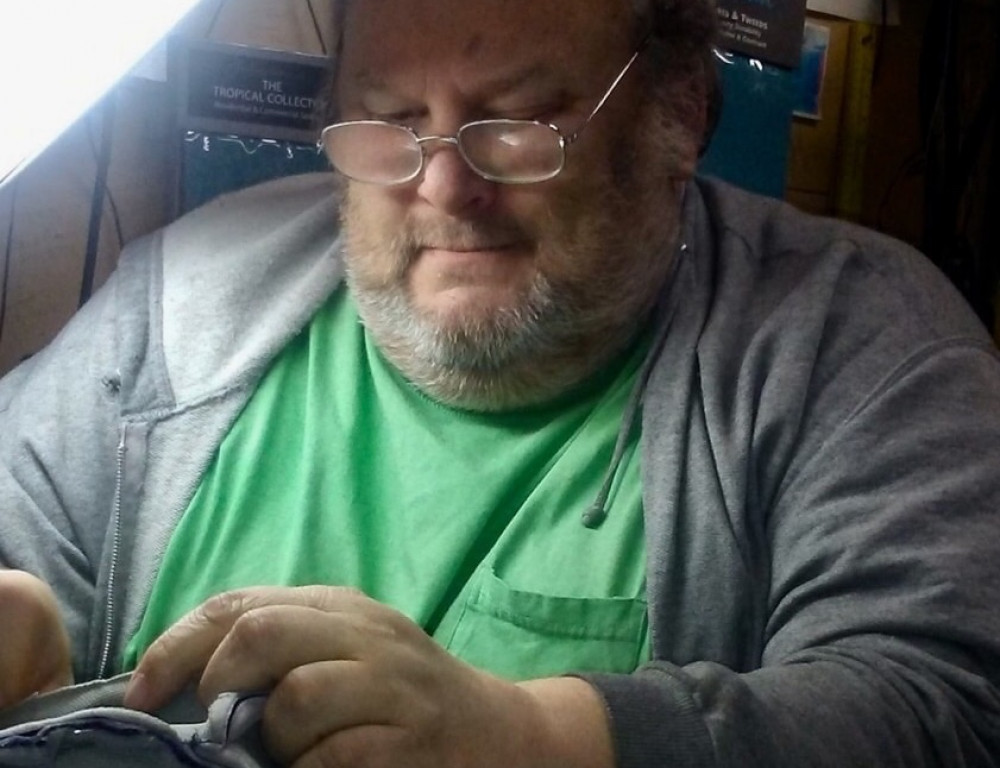