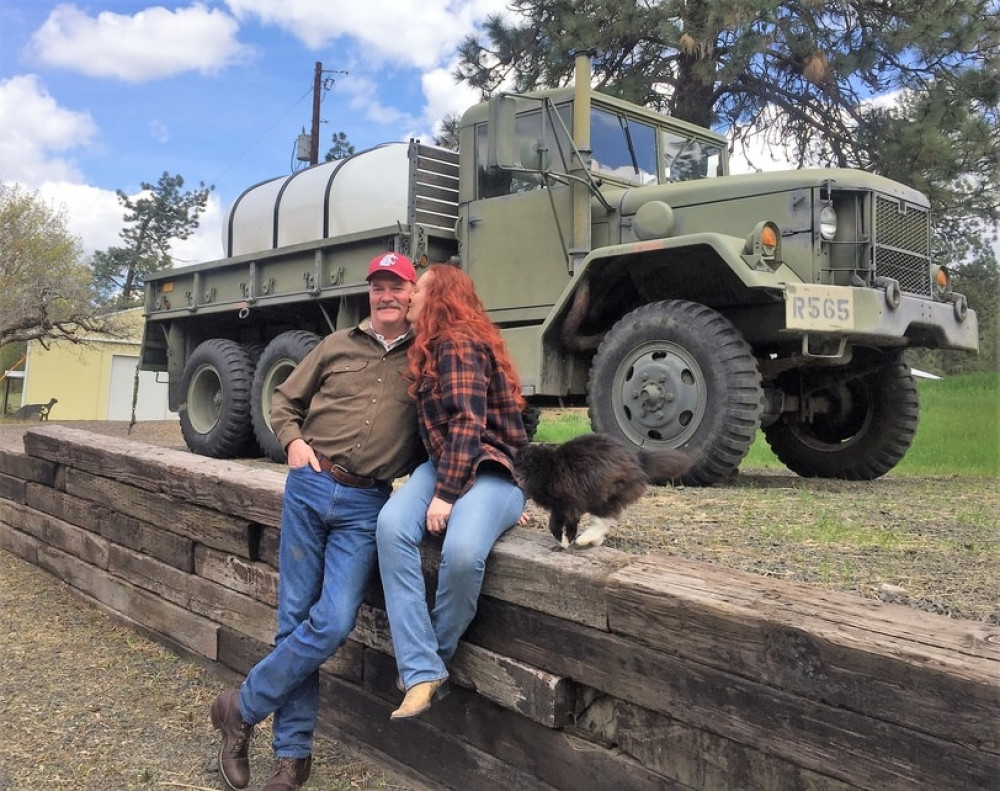 agri.CULTURE Posted on Feb 20, 2018 “We met because of Marge. At the time my teenage son and I decided to buy a 6x6 truck. For no particular reason other than to have a little fun with it and maybe use it to haul stuff. We flew to Boise to pick it up and we were driving it home when we stopped at a family mule plowing to spend the night. It was a 12-hour drive because Marge (the truck) was a 50 miles per hour truck. It’s loud and bumpy and a long drive. Well, we stopped to spend the night and they had a BBQ in the shop that evening for everybody who attended the plowing. I walked into the shop and there she was with a shop light above her, she was illuminated by that shop light. She caught my eye immediately, it was angelic. I wondered who she was and then thought; Oh she’s probably somebodies girlfriend or wife. She’s too beautiful to be single. So I went through the food line and was then introduced to her. We sat there and talked all evening, we fell for each other pretty quickly. A short time later we were a thing and a year later we were married. We’ve been married 13 years and it’s all because of Marge. I found out later that she knew I was gonna be there because her sister was trying to set us up. She says she fell for me because I had a unique 6x6 truck. What a match, we both love this truck. I will never forget that image of her under that shop light, illuminated, it was angelic.”
facebook.com/agri.CULTURE
View More Stories