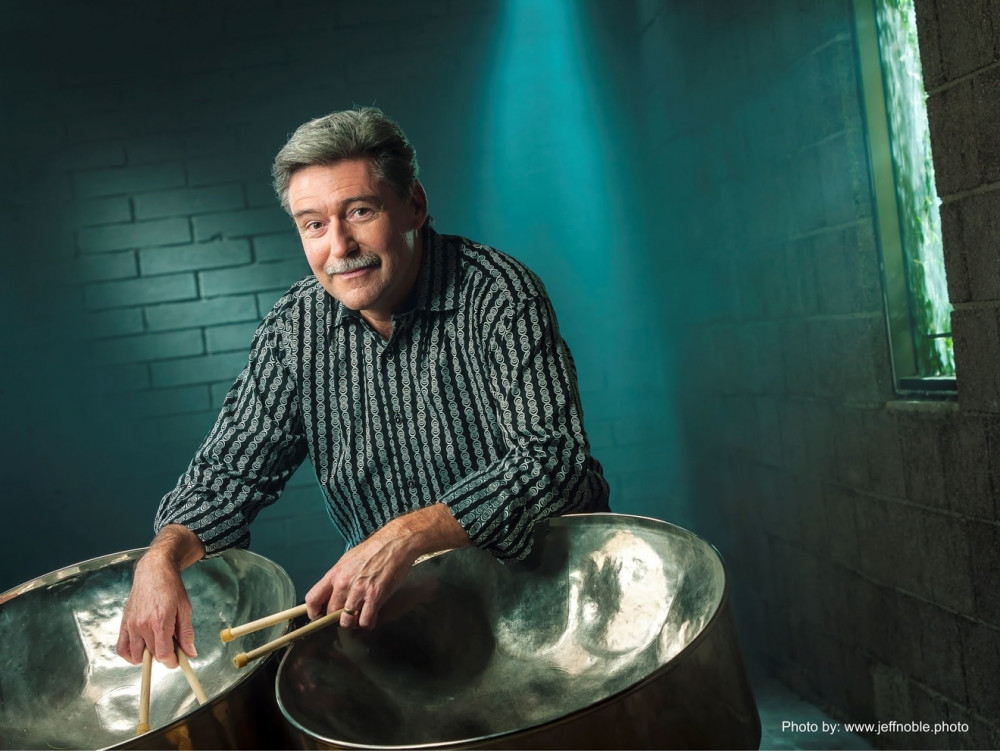 One Enchanted Evening with Paul McDermand

Exotic instruments from the Mainland to the Islands is a journey from the Latin fire of Caravan to the serene beauty of A Summer Place - with a surf medley thrown in for good measure. Paul performs on his signature steel drums, marimba, and vibraphone joined by guitar, bass, and drums. A sweeping musical excursion on a journey!

Paul McDermand began his musical career as a free-lance percussionist in the Chicago area. At the age of nineteen, he assumed the percussion duties on a popular theatrical production playing in one of Chicago’s downtown theaters. The show was called The Magic Man, and starred a teenage David Copperfield.

In 1981, Paul moved to the Phoenix area, lending his artistry to film scores, commercial jingles, symphonic productions and stage shows of every description. The list of big-name entertainers with whom Paul has performed is vast: Natalie Cole, Tony Bennett, Johnny Cash, Liberace, The Temptations and the Moody Blues have all tapped his considerable talents.

In 1993, McDermand received an invitation to join a revival tour of Andrew Lloyd Webber’s Jesus Christ, Superstar, featuring the stars of Norman Jewison’s 1973 motion picture. Paul accepted, anchoring the rhythm section during sold-out performances throughout the world’s finest theatrical venues. Upon his return to Scottsdale, Paul began to develop an assortment of instrumental arrangements built around the steel drums, marimba and vibraphone, resulting in numerous CD releases. These recordings are embraced the world over for their easy nature and exotic beauty. Popular pianist Roger Williams (“Autumn Leaves”) once wrote to Paul, "If you don't stop making these beautiful recordings, you'll put me out of business!"

His rising demand as a concert artist did not escape the notice of Live On Stage, Inc. The Nashville-based talent agency included Paul and his band on its 2014-2015 Artist Roster, to the delight of audiences from Redondo Beach, California to Nashua, New Hampshire. The ensemble is thrilled to be back for yet another national tour with Live On Stage during the 2017-2018 Season. When home in Scottsdale, Paul is a featured soloist with the Arizona Opry and the entertainment director at Tommy Bahama, Kierland Commons.
Visit http://communityconcertsml.com
View More Stories