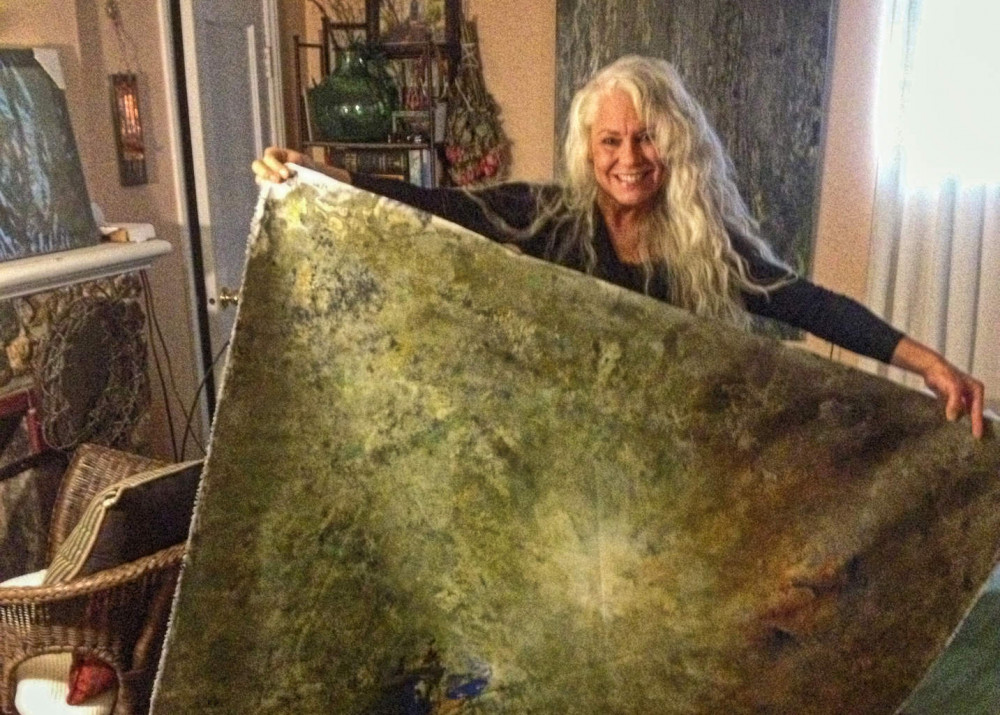 4,781 miles and a walk in the rain…transport of painting goes global

V Gallery Travel & Leisure Posted on Jan 30, 2018 I left SeaTac Airport on a February day with a box of rolled painted canvas to be delivered to an art patron in Portugal, who at the time lived in Amsterdam. Turns out it was less expensive to simply make a trip to London and mail from there to Amsterdam then shipping the same from Seattle. So, off I go.

Upon arrival to my temporary home in London at the Stay City, conveniently located for express subway time to anywhere I would ever wish to go, I asked the front reception desk how best to send my box of art to Amsterdam. With a day set aside to do so, I was told my best bet would be to utilize the service of DHL. Getting verbal directions, I ventured into the rain of London to find the described location for the origin of my art shipment.

I did not understand completely in the discussion with the receptionist, there were two separate locations. One the express service for individual customers such as myself, and the other the corporate global transport operation, highly secured and closely monitored. Walking for several miles, I realized I had apparently missed the road I was instructed to take, so resorted in queries of the local people on street side for directions. No one seemed to understand why I would want to go to the global shipping? Again, I did not understand. It seemed clear to me as I held tight to the box of art, I merely needed to get it sent off.

With pointed fingers in a particular direction I ventured for several more miles. I was at this point in a residential area, enjoying the architecture of English homes and the quaintness of the neighborhoods, all the while being a bit nervous as I got further and further away from what looked like I would come into anything business related.

At this point a man appeared on the street dressed in a suit and carrying an umbrella. He looked quite official and as if he was on a quick jaunt on his lunch hour, was what crossed my mind. I stopped him on the way by and asked if he knew where the DHL station was located. He laughed a short burst (which I did not understand at the moment) and gave me very easy to understand directions…over the bridge, turn here, turn there….and when I approach, explain to the security guards I have been sent to ship a package.

Following his instructions, I rounded the corner to see a very large facility, fenced all around with security guard shacks on each corner. It was intimidating and not at all what I was expecting. I was looking for a postal station with a couple agents to take my package. This was a whole different feel, however, I proceeded to a security guard and explained the mission I was on.

He was confused and not at all comfortable with my request. He asked me who sent me, and I told him I was sent from the reception desk of Stay City in Hayes, and as well I was given explicit directions. To make it short, I talked my way through security and he opened the gate for my entrance.

Finding the doors to the reception area, I found them locked. I could see a large circular desk inside the windows of the door and could see several people sitting at it. They all stared at the door as I tried the handle. I waved and looking at each other with perplexity, a buzzer was hit and the door lock released. I entered with my box.

I was greeted with the question, "Who are you and how did you get in here?", of which I replied, "I spoke with the security guard, and you unlocked the door." My comment was received a little sarcastic to the head reception woman, and she picked up the phone to call security. I was told to stand still and wait. That sounded good to me because I needed to rest my feet from a very long walk and it was toasty warm in the room. Felt nice.

When a person from an upper floor arrived, he again asked me where I was from and how I got into reception. I again explained. I told him I simply needed to ship a package, I had been told to do so with the excellent service of DHL, and apparently I was suppose to be at a different location, however, I was not, I was here and could he please tell me what I need to do, or where I need to go…pretty please.

At that very moment the suit and tie with umbrella man whom I had seen on the street displayed his badge at the door. On his way by he asked if I was being taken care by everyone and was my package being handled properly? I will never know what rank this man on the street represented, but all things changed with his words and now I understood the short burst of laughter when I asked if he knew the DHL location. From that moment on, I was asked if I would like to have a cup of coffee and sit comfortably in a nice reception area while they figured out how to handle my rather small package.

Never handling anything so small, the person who was put in charge of my request had to call the Express office and be instructed what to do. Not having the appropriate forms for such an order, he improvised with making something up that would work. Also, beings everything shipped globally from this location was England based, my American address was not acceptable. Therefore, I became adopted by their own address and we used it as the origin of my box. After a couple cups of coffee and price negotiation for the shipment, I was released by the buzzer to go out through the security gates and allowed to mousy on down the streets of England pointed in the direction of my temporary home, in the rain. After, I asked them how to get there, of course. 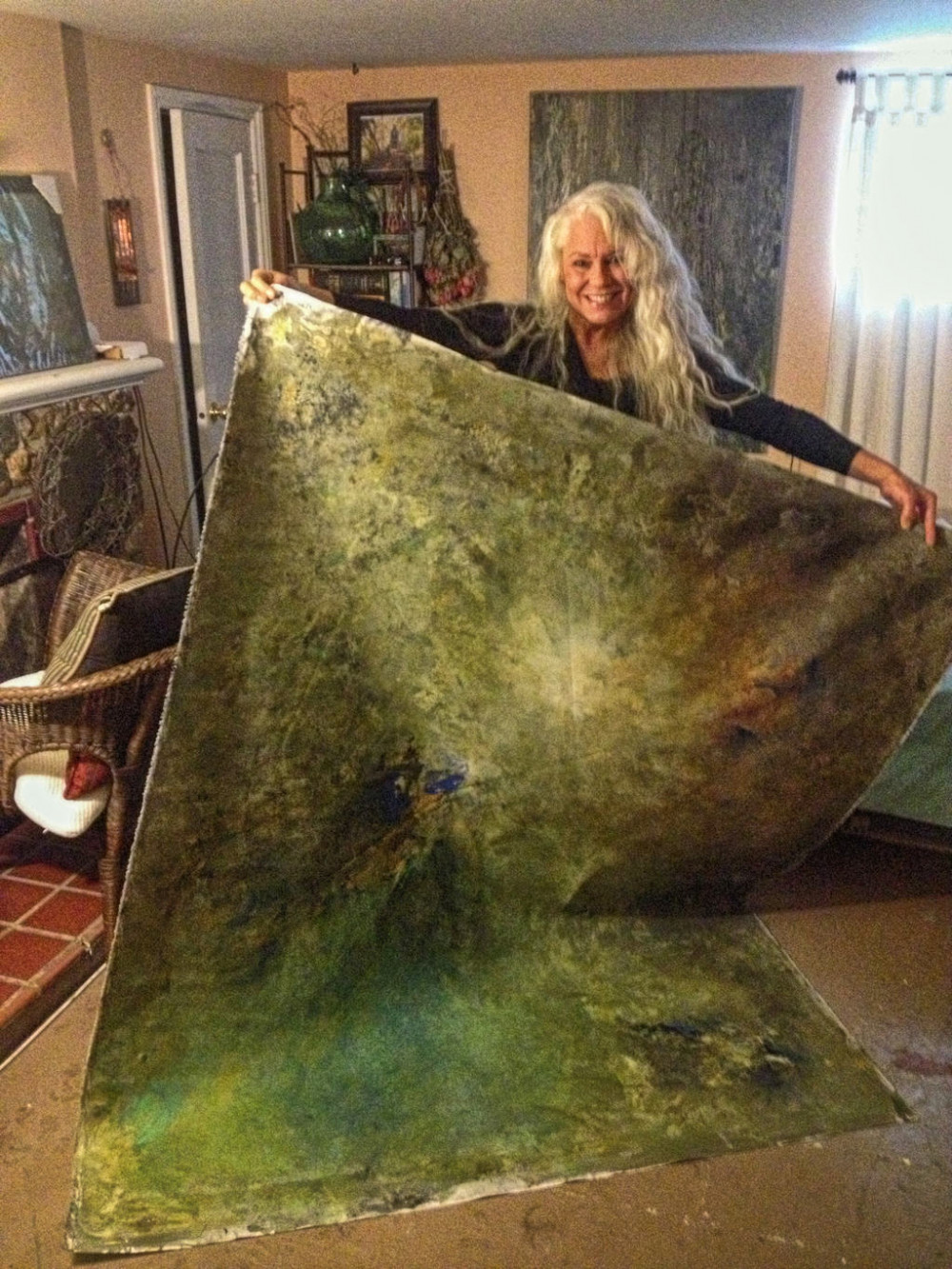 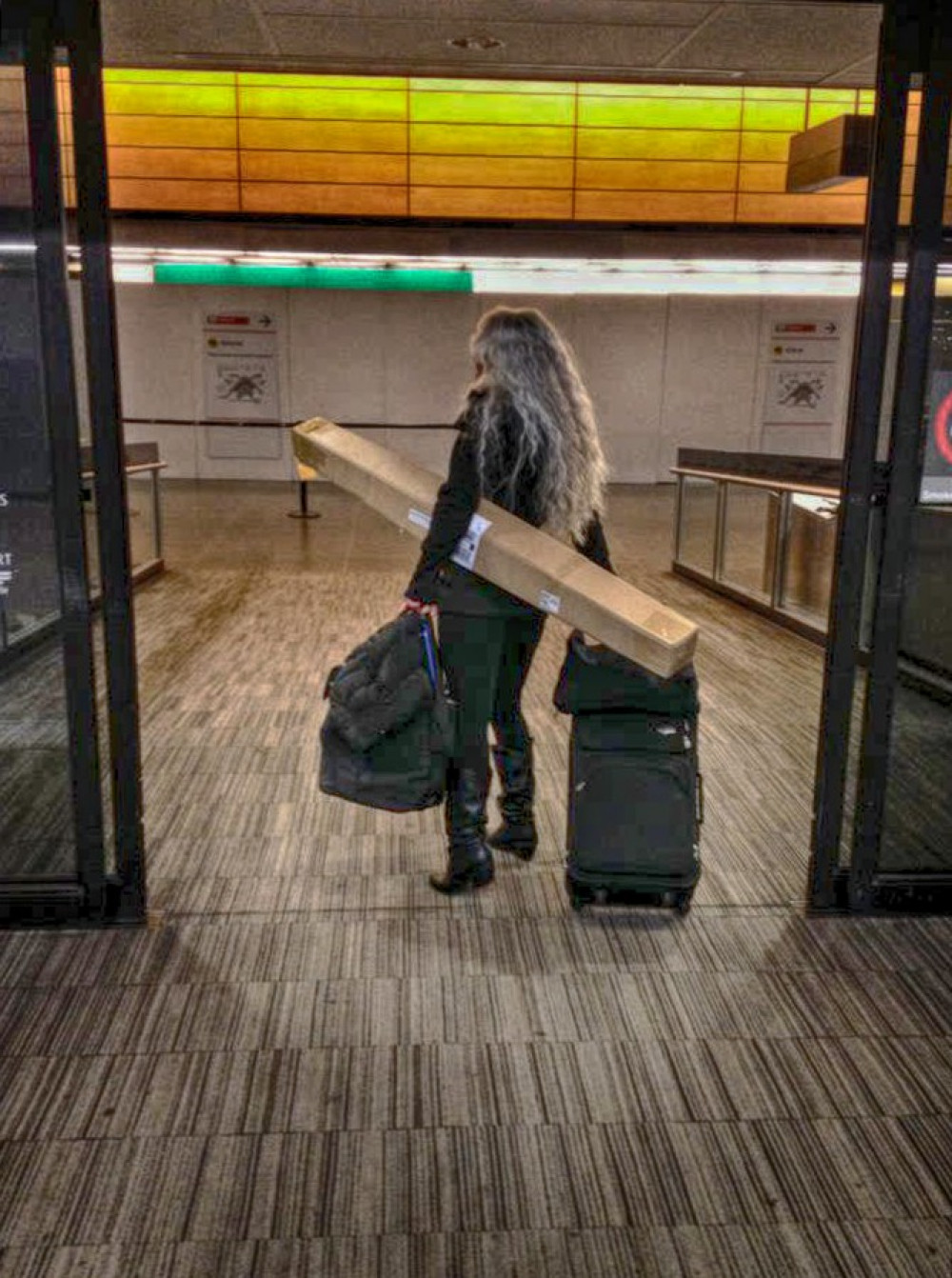 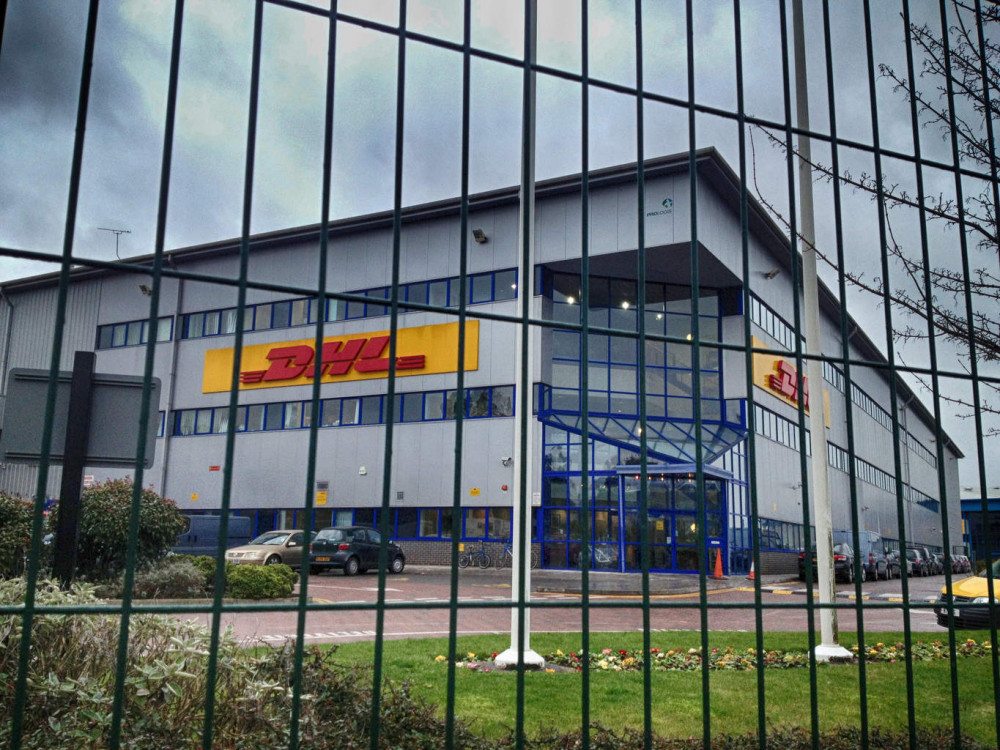 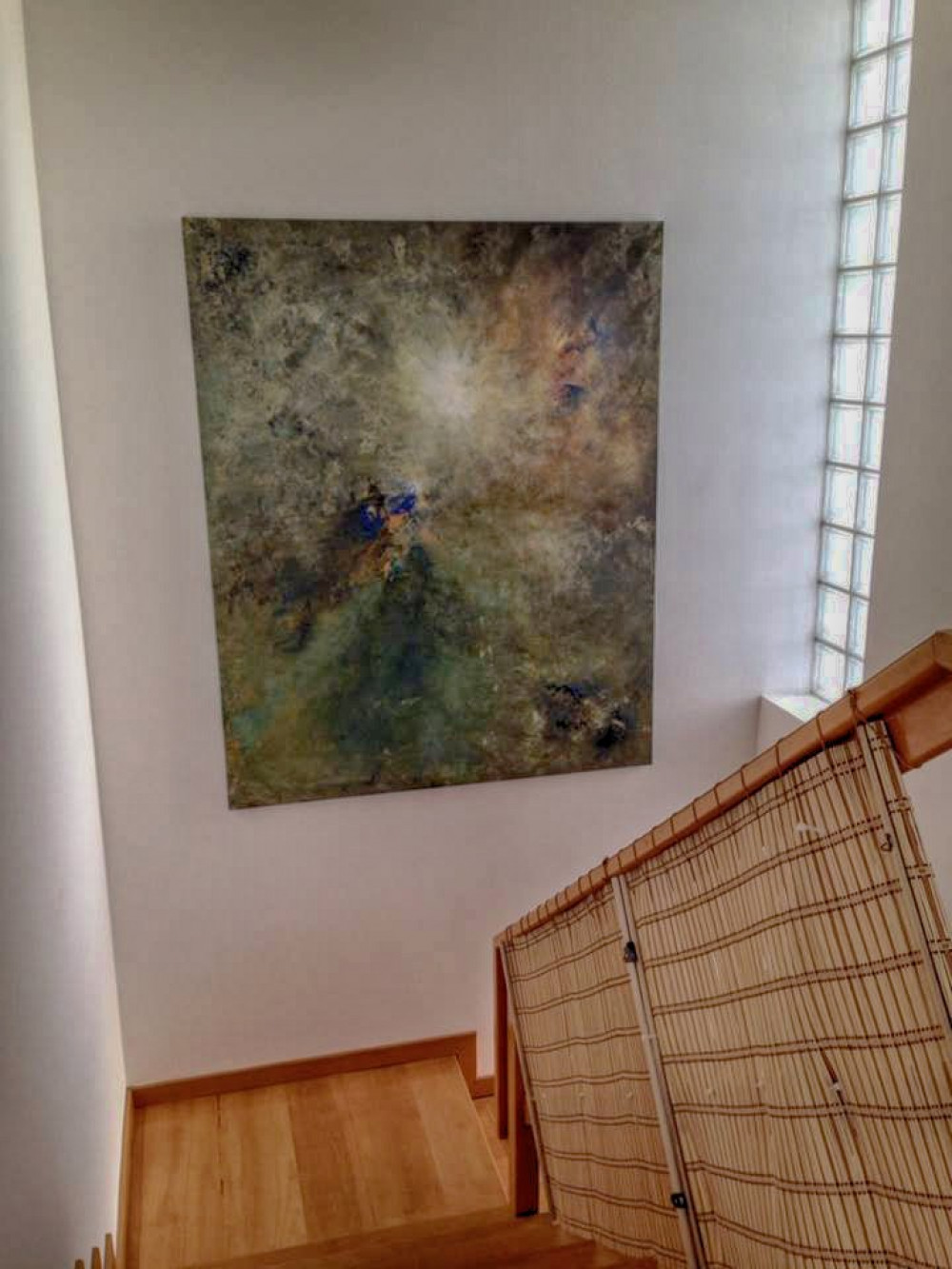