Now, about that name? ~ by Ben Getz

Food & Drink Posted on Nov 14, 2019 Location, location, location! This mantra of the realtor’s world may have an application with Moses Lake’s newest purveyor of artisanal alcoholic malted beverages. Located right next to a historical Moses Lake institution, Chico’s Pizza, many will ask, “What goes better together than pizza and beer?” Like Sonny and Cher, Abbot and Costello, squirrels and nuts. Yes, Squirrel Fight Artisan Brewery has opened its doors this summer to the thirsty Columbia Basin.

Owned and operated by a couple of ‘local boys’ who still hold down their day jobs, Troy Watson and Rubén Vela have teamed up to make a go of this brewing passion of theirs. Members of a local brewing club that formed a good decade or more ago in Moses Lake, these two are hoping to catch a ride on the sudsy wave of success that so many artisan or craft breweries are seeing. There are almost as many of these small tap-houses now as there are Starbuck’s franchises, so it seems.

Their casual business model offers some refreshing allure, as the nicely appointed tasting room has open seating and a couple of large flat-screens. Customers are invited to bring in any of their own food to enjoy, like pizza, and pair with one of the S.F.A.B. selections. The facility is geared toward what could be larger groups who can rent a time slot for any of a number of uses. Paint and sip, comedy night, business meetings, team building, receptions, batch/bridal parties, showers, reunions, movie nights, or just chill and play some of the provided games while enjoying a malted beverage. Most major sporting events are also shown on their screens.

Watson adds that they have a great relationship with building/Chico’s owner Mitch Zornes. They hope to move their taps into local businesses in the future and increase volumes and varieties. Currently, they offer a varied spectrum of brews created from top-notch ingredients, all assembled in their nice clean operation in the back. The offerings are generally in the 3.5 to 9% alc. content ranges and the menu changes occasionally as they sort out the best sellers and crowd favorites. They currently have two bottling runs per year slated but hope to see that aspect of distribution take off and grow.

Now, about that name? It seems one day Watson was driving down a local street and had to take evasive maneuvers to avoid running over two squirrels that were only aware of the viscous (looking), tooth and claw battle between them. He had to wonder why they fight like that and were impervious to their near demise. At this time Watson and Vela still had differences of opinions on what types of brews to promote; Hoppy versus European. The comparison of themselves to the squirrels fighting over nothing was made and the name stuck…and they went both ways on the brews and S.F.A.B. was born. The talented wife of ‘brewmaster’ Watson came up with the stylish logo that is available on a variety of merchandise.

So, if you find yourself say, waiting for a pizza or just need to pass some time, stop into the S.F.A.B. and ponder the question, “Why do squirrels fight?” I think it’s because they’re ‘nutz’! 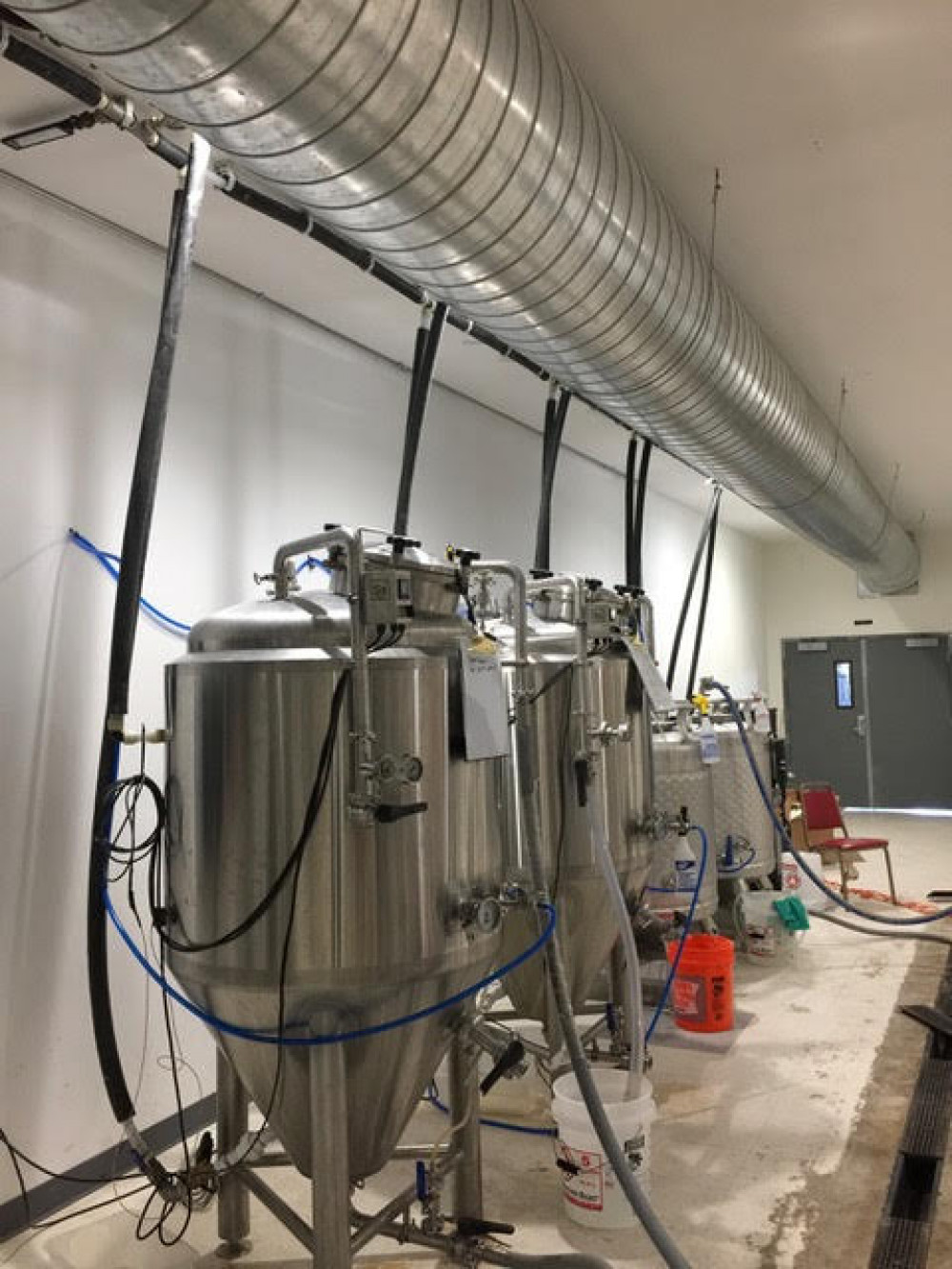