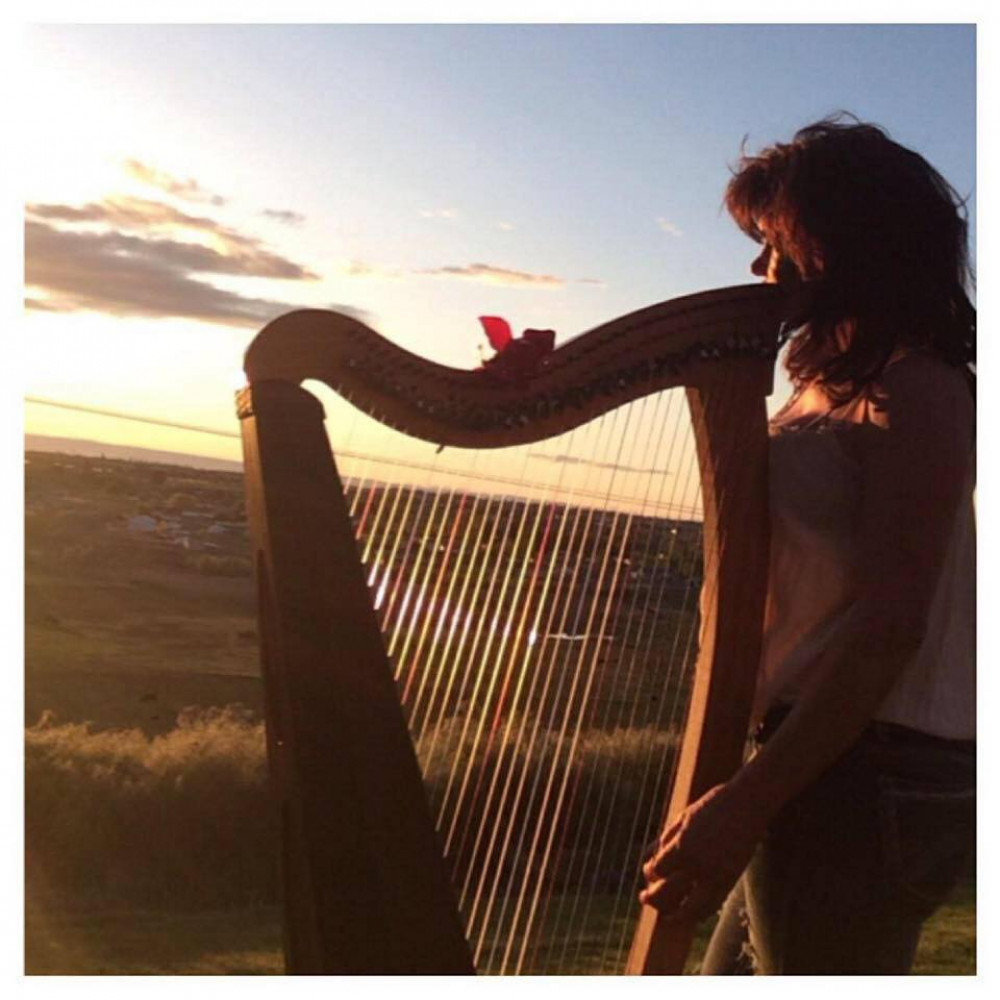 The melodic weaving of a true song

The astonishing story of Rena Schlener Large ~ by Melea Johnson

Life in the Amazon Jungle

For Rena, life as a young child growing up in the Amazon Rainforest , is a good memory and the training ground for an astounding gifted talent. The vast world of forest and rivers, with a diversity of cultures derived from indigenous Indians, descended from original tribes and settlers who arrived since the first explorers stumbled upon the seemingly endless wilderness paints a picture of the South American Amazon Jungle. 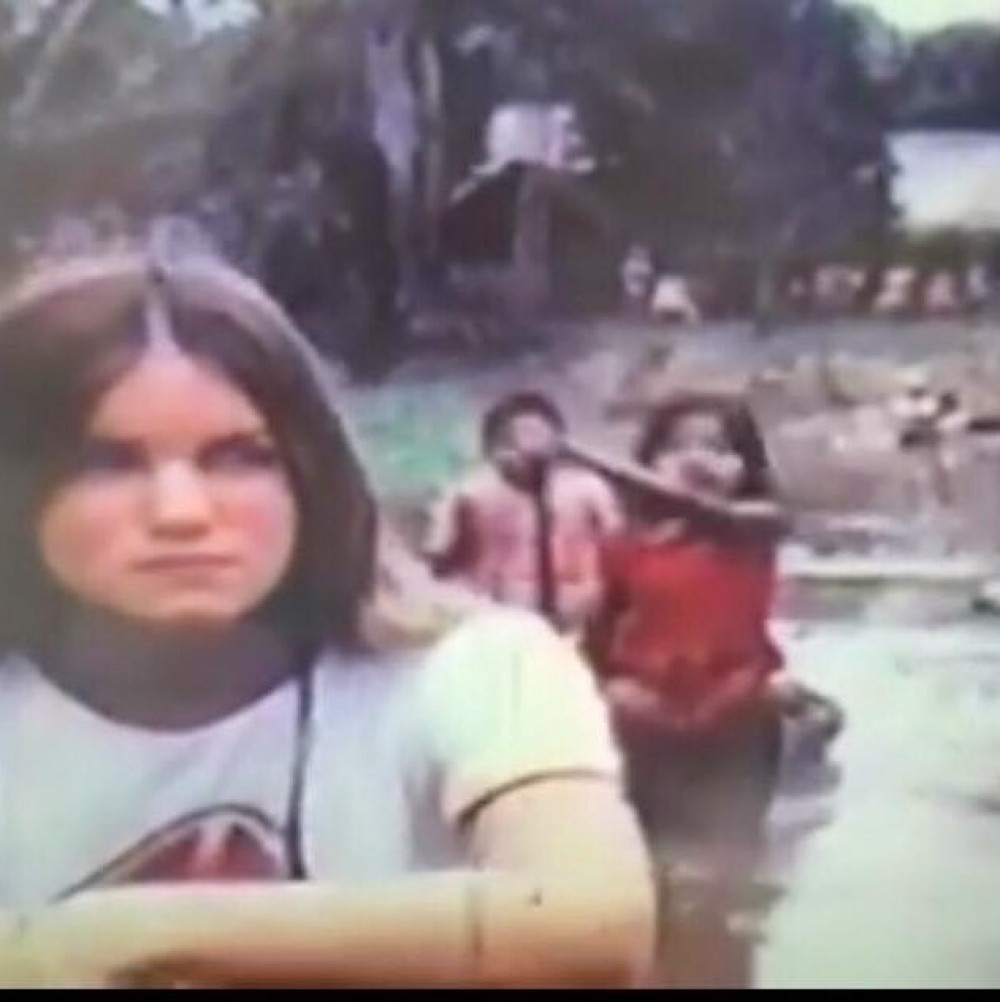 A child growing up in the Amazon experiences a very different life than we know it to be. To the children, the forest is as much a part of their home as the hut or boat they sleep in. (photos of Rena as a child). 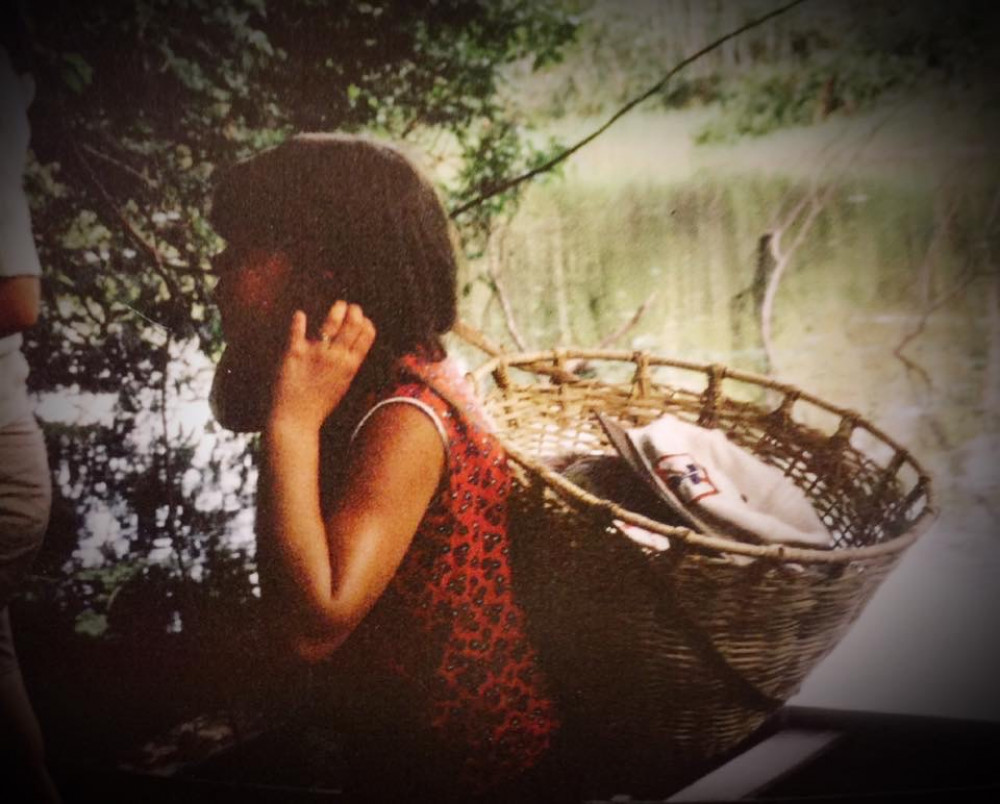 They are taught to know the forest and are comfortable with it, irrespective of wild animals, poisonous spiders, and snakes. A child might have a parrot or a boa for a family pet whereas a dog is used to hunt game in the forest. Rice and fish are common at meals, and most children know nothing of burgers, French fries, ice cream or sodas. 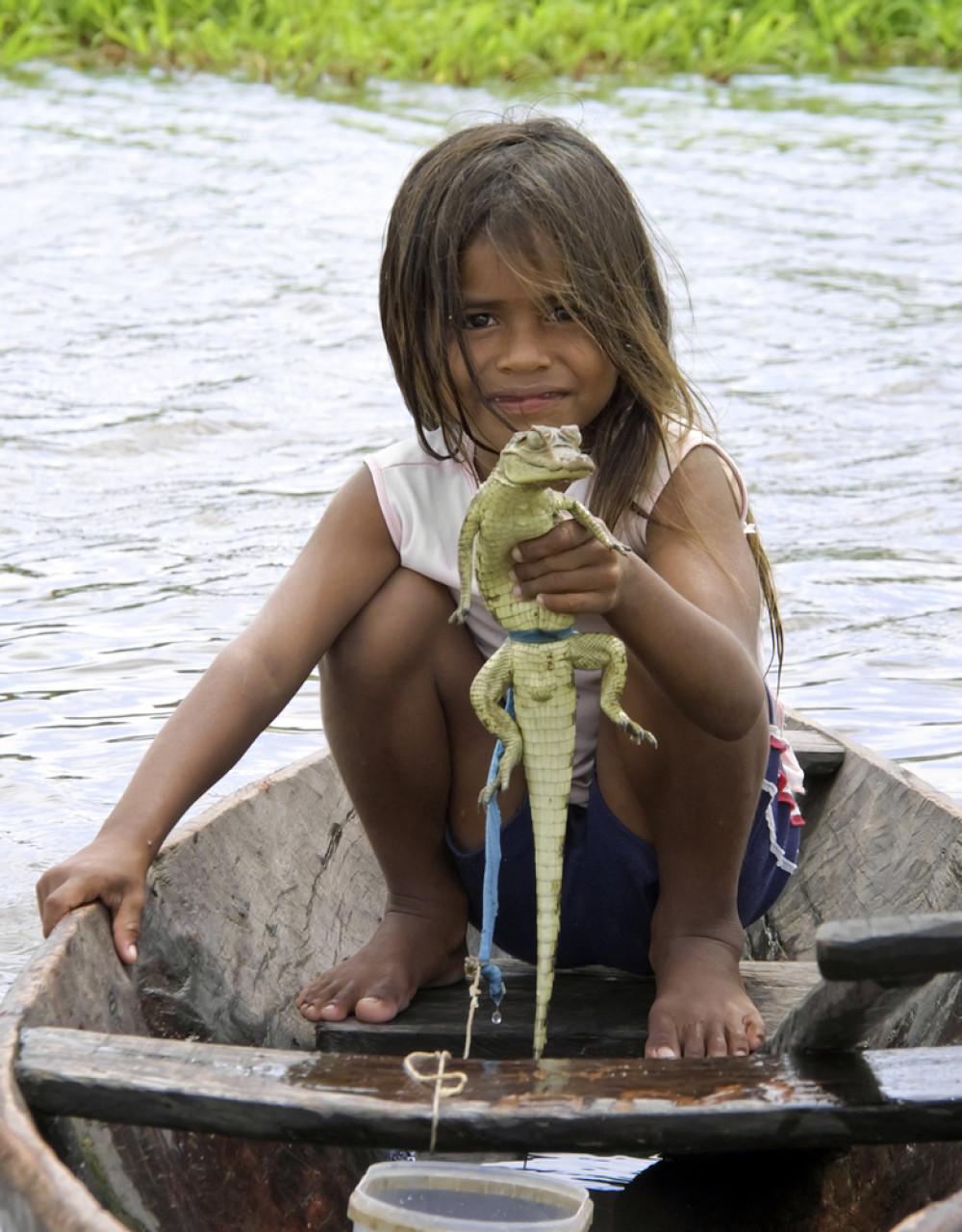 Rena grew up in Santa Rita Do Weil, Amazonas, Brazil

Until 17 years old, Rena lived on a boat with her family on the Upper Amazon River with supplies flown in by Cessna aircraft. She was homeschooled by her parents who were missionaries aiding in the medical/dental needs of the Indians and teachers of reading. (photos of Rena as a child with her Dad.) 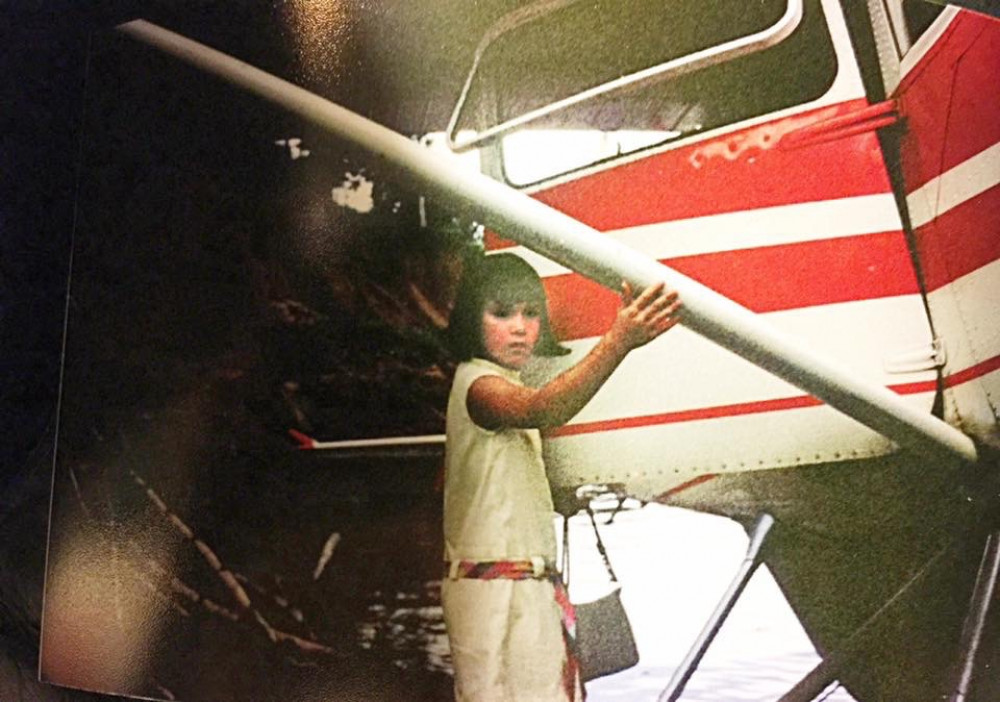 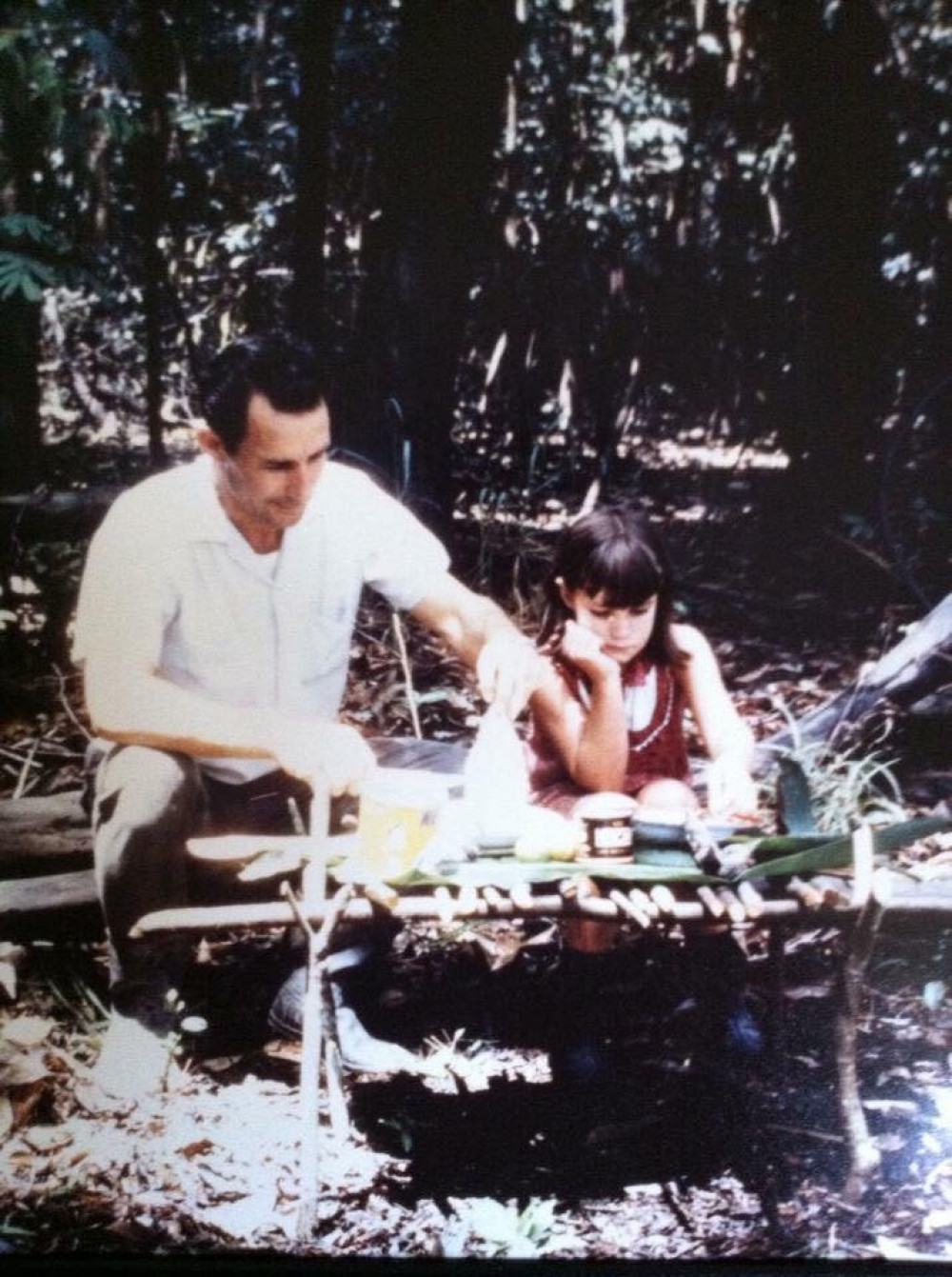 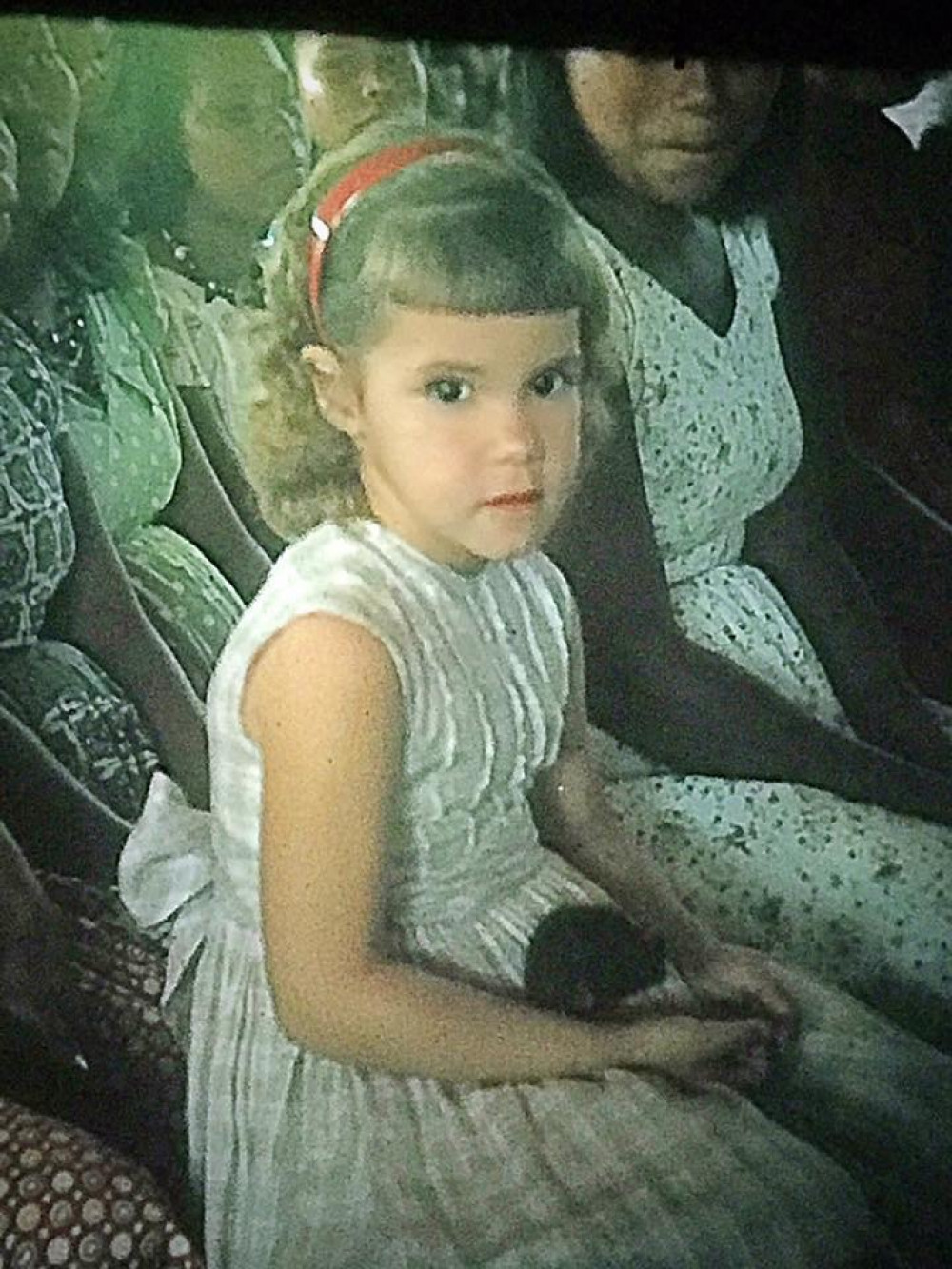 Compared to our protected lives, daily life in the Amazon was harsh, dominated by physical labor. She witnessed the pain and physical suffering of the Jungle people as her parents tediously cared for them. "As a young child I would swing in a hammock and sing to the patients as they came for my parents to help them", Rena says, "sometimes the patient would literally be holding a torn off limb."

Rena had access to a guitar in those years and developed a deep interest in music. As well as her interest in music, she created a funny habit of "tweaking and plucking of things". The guitar became an instrument to satisfy the need to keep her fingers busy.

Her arrival to the States at age 17

As a teenager, Rena moved to the United States. Once she got past the amazement of television and signs along the roadsides, she began piano. Soon after her arrival in the States, she was married to William Hopson. He came to understand his new wife's funny habit of tweaking on things, as she would "shred seat belts at stop signs". Although loving to hear his wife's music played on the piano, William had a hearing disorder, which caused the piano music to be hard on his ears. He bought her a harp, instead. 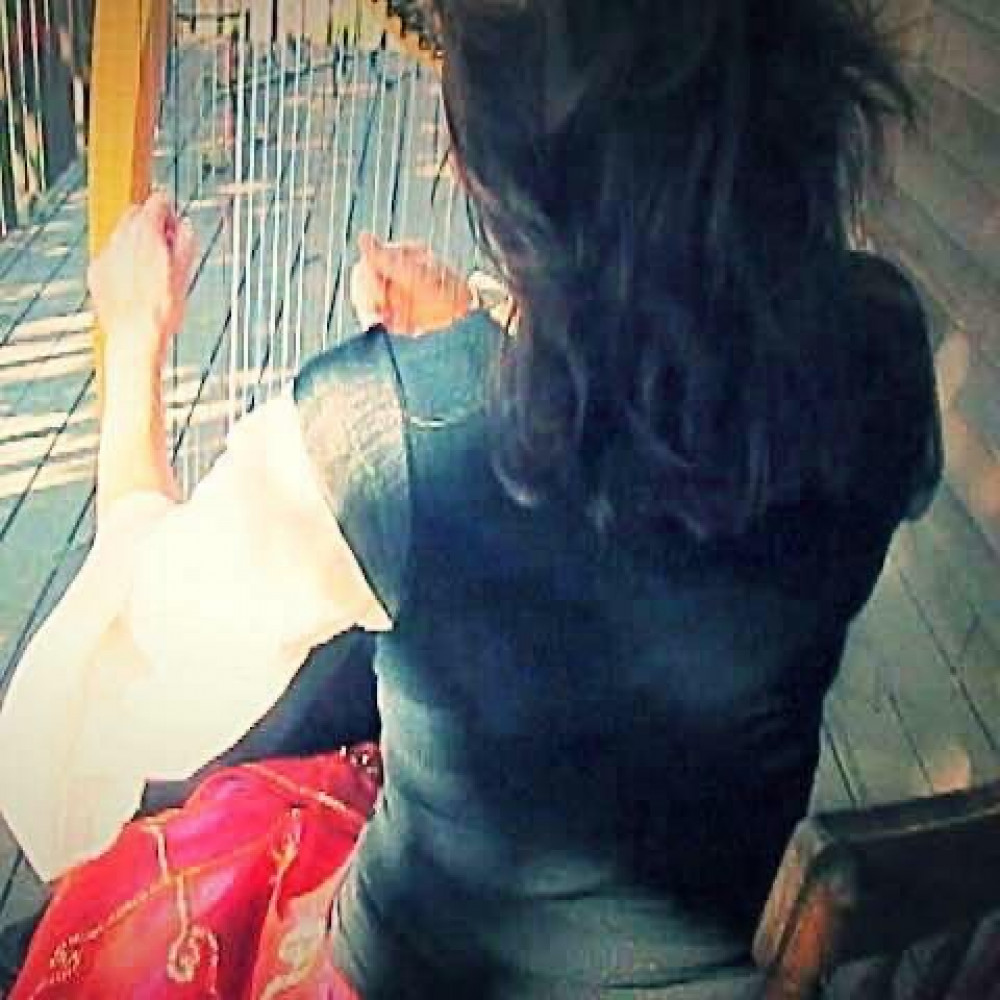 In receiving the new harp, Rena noticed the "whole tone was peaceful", and "it was actually a plucking, which is what I would do to my seatbelt!" 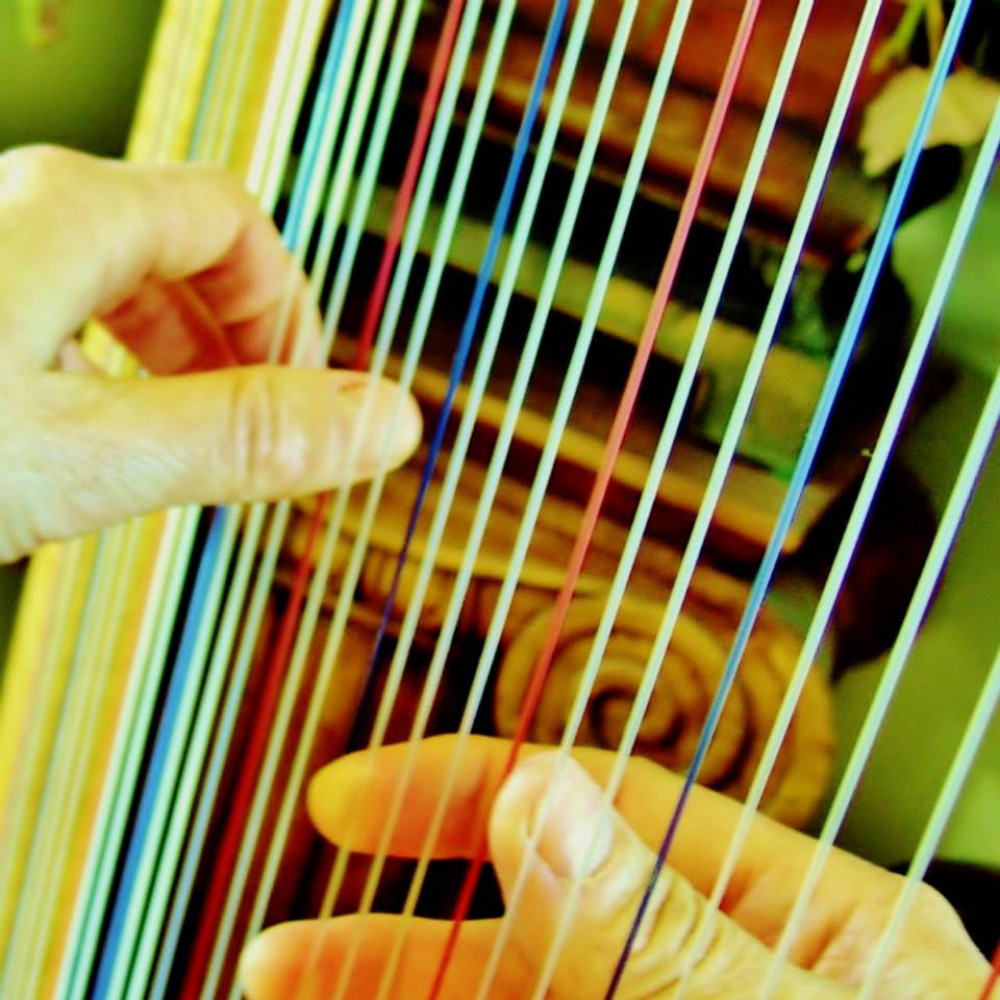 It did not take Rena long to know that the melodic sounds of her new harp reminded her of her childhood and her passionate desire to soothe the suffering. As she had been accustom to, she began creating music at will to help people. "The natural vibrations of the harp can pull people out of frantic situations bringing stability to their breathing, even lower blood pressure", shares Rena. "If someone is fighting to stay alive, even in a coma-like state, or they are in too much pain to swallow pain medication, the music from a harp can make a huge difference." 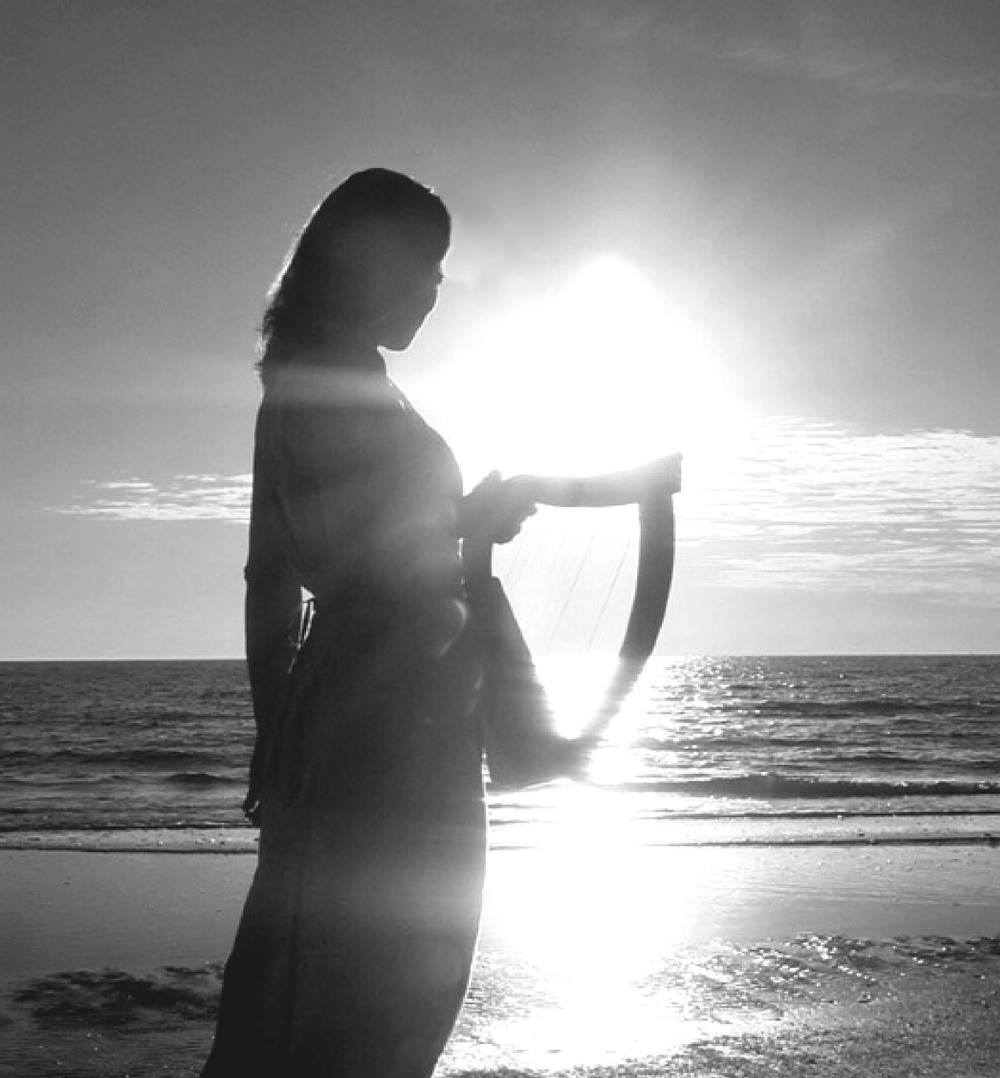 Rena describes harp music as natural sounds. Unlike processed music with a controlled, mechanical beat, which she sometimes calls "junk food music", that can make a person feel angry. The natural, melodic sounds of the harp produce relaxation and peace.

"I can create a true song for an individual by listening to their heartbeat. I find it fascinating - heartbeats", says Rena. "I will record the heartbeat of a patient using a stethoscope and a drum, take the recording home and study it. Then I will improvise sounds and create music using the actual heartbeat. When a body is in distress, this natural, melodic weaving of a true song can create a reminder of the normalcy of their very own body sounds, helping the body to get back to a normal state. 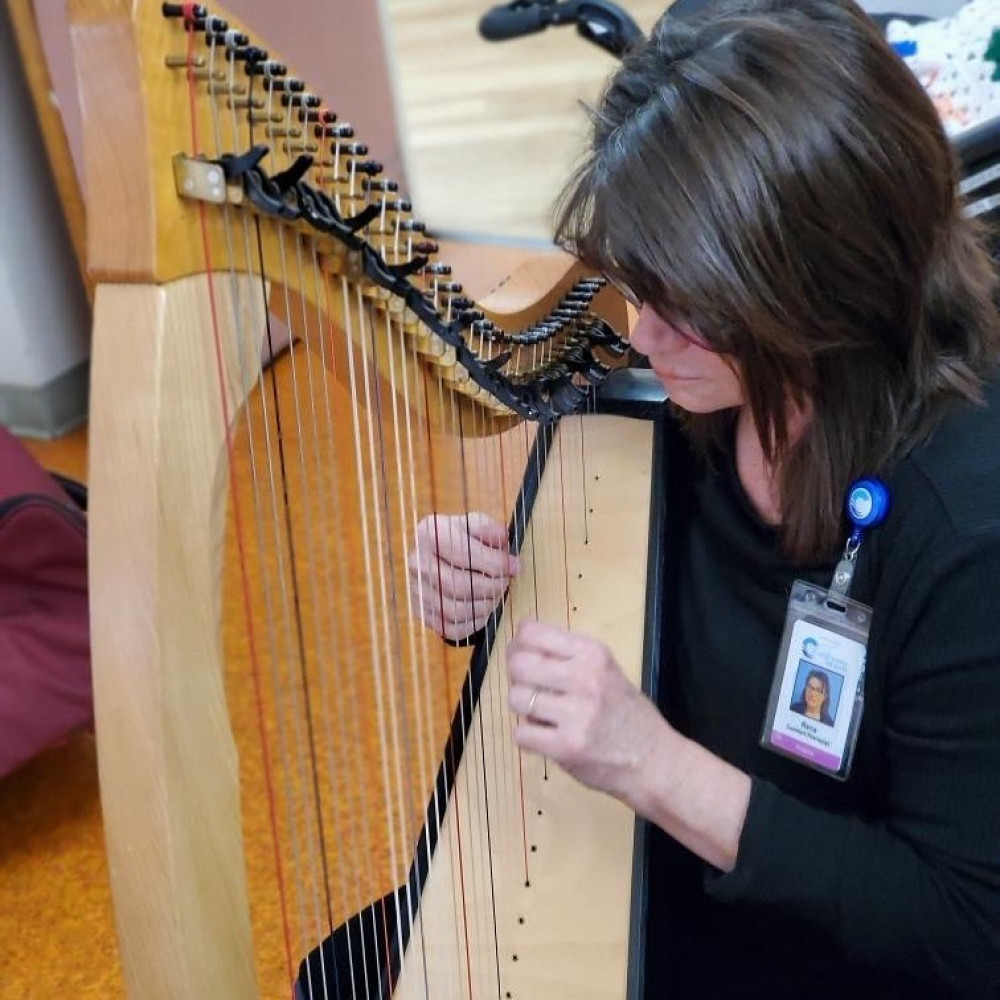 Having completed very extensive training to become a Certified Music Practitioner (CMP), Rena's name is on an International list for Music Therapy Services and is able to contribute her gifted talent to serve critically, chronically, temporarily ill, and the dying of all ages and in any clinical/care site including hospitals (intensive care, pre-op, and post-op, neonatal, etc., as well as patients rooms), birthing rooms to aid in deliveries, funerals, hospice/home care settings, nursing homes, clinics, and offices.

Her services are available to you.

To talk with her about your (or a loved one's) situation, please contact Rena on her FB page: Tranquil Strings 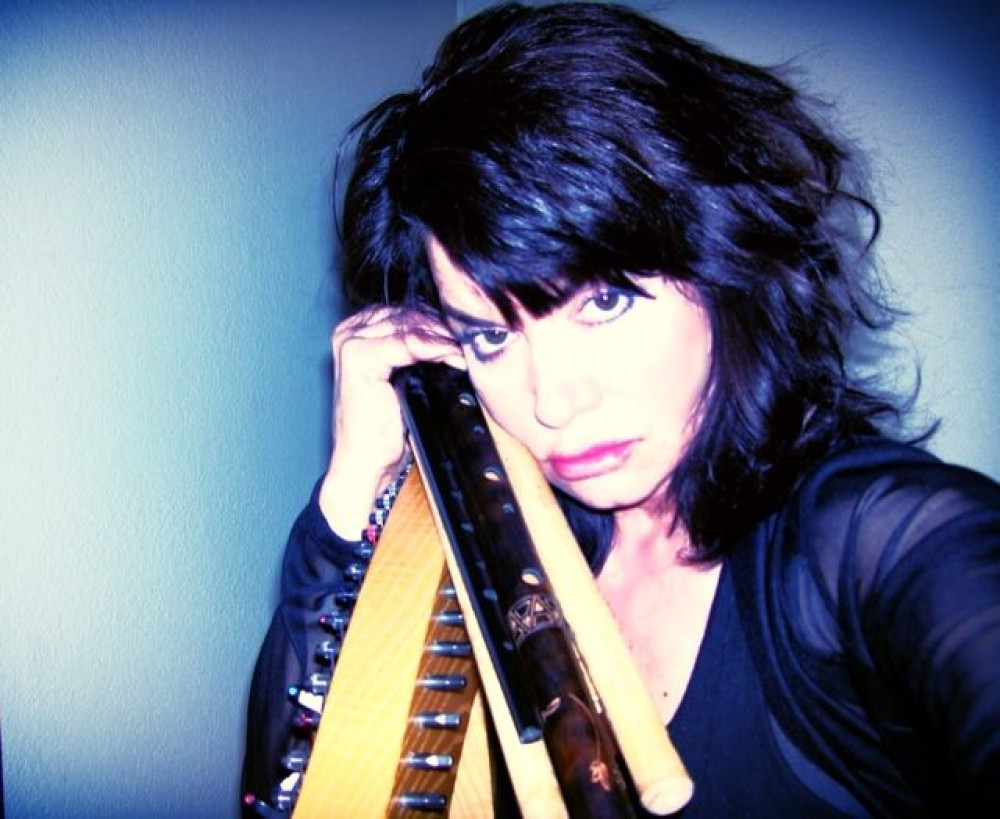 To hear the beauty of what she does you can find many of Rena's songs and Albums on YouTube. Search Rena Hopson.

Rena is remarried to Paul Large and lives in Okeechobee, Florida during the winter months. We are so grateful to have her in our region for the remainder of the year. ~Melea
View More Stories