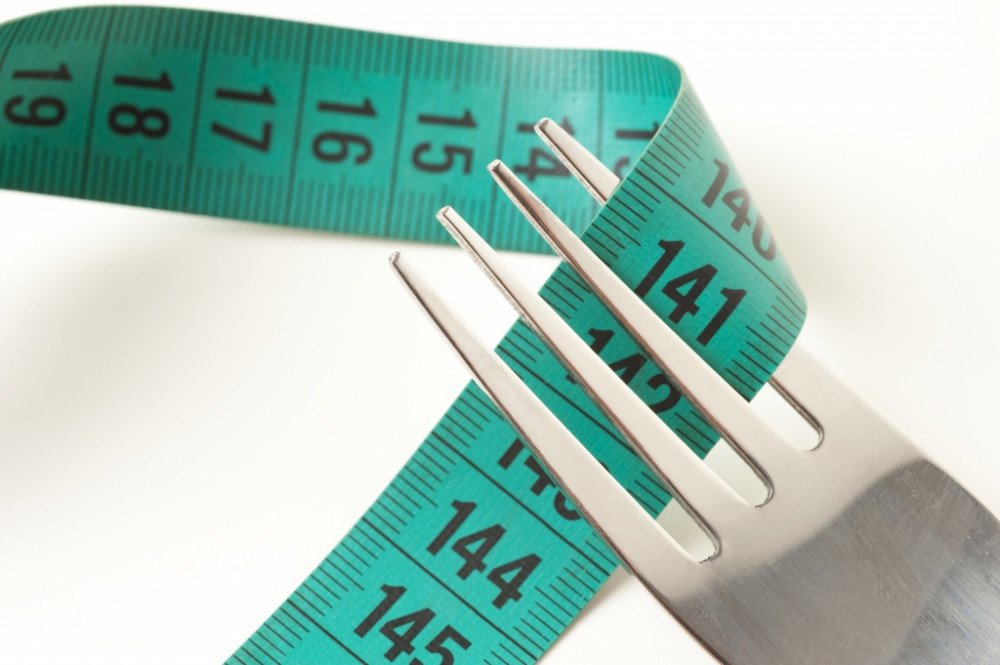 Toss out the D word

Health Matters For Goodness Sake Posted on Jan 7, 2020 I'd say the biggest problem I have right now is my rear end. And my belly. Oh, there are other minor problems, such as aging and the resultant falling apart thing, but the mirror declares the behind and tummy problem every morning; in fact, all day long. It could be solved, of course, by removing the mirrors in the house and at work but then there are the tattletale jeans I also have to deal with.

Not long ago one of my granddaughters teased me mightily about my hearty sweet tooth. We decided if a sweet tooth was judged mine would be in the Sweet Tooth Hall of Fame. People would come from around the world to take selfies with my sweet tooth.

"We should go on a diet," Troy said the day after Christmas. "We could do it together."

A diet. Now there's an idea.

Actually, I did that last summer just a few months before my September class reunion. I had visions of showing up looking like Sophia Loren. Not the one of today because, heck, the woman is something like 82, but the way she looked back when she was 40. I did lose a few pounds but the minute I got back home I happily ate my way up the scale.

Maybe Troy and I should go back on the Atkins diet. We did that years ago and it was very successful. He was a dedicated soul and lost over 70 pounds. I lost about 25 pounds. Then I cheated and gained eight. Then I went back on and lost two. Then I cheated and gained three. Then I went back on and lost three. I got so confused I didn't remember when I started or what I weighed in the beginning. The proof of my unfaithfulness was in the mirror.

People have lost astounding amounts of fat on the Atkins diet. It simply falls off. Of course this tends to make sidewalks and floors slippery and is the cause of many lawsuits. It is not unusual for a man to wave goodbye to his 300-pound wife, go off on a business trip for two weeks, and come home to a thin little 120-pounder with real cheekbones and hips. He spends the next three weeks interrogating her to make sure she’s really his wife.

Here is what people perceive is a normal Atkins diet recipe for bacon: Marinate slab of bacon in liquid Crisco for two days. Deep fat fry in vegetable oil until crispy. Drizzle with melted butter before serving. We didn't do that. We just cooked our bacon the regular way where it sizzles in its own fat.

I remember well the time during the peak of our Atkins dieting fiasco when we were at a hockey game in Fairbanks and Troy was highly upset over some sort of violence on the ice. To calm him down I pressed a tiny pink Valentine Sweetheart candy, inscribed with "Be Mine," into his palm. He popped it in his mouth, chewed and swallowed. Then he realized what he’d done and declared I'd ruined his ketosis.

In case you don't know, ketosis is a metabolic state your body reaches when you don’t eat potatoes or sugar. Wildly yearning for potatoes and sugar, the cells join together to shove all the fat molecules into the body’s grinding and burning mechanisms, which is how you lose weight. It’s part of the Atkins plan.

Well, heaven forbid I ruin anyone’s ketosis. I ate the rest of the box myself.

If I truly decided to consider this diet again I'd make a grocery list with a lot of cheese and meat and I'd get parsnips, rutabagas, and turnips to take the place of potatoes. But I can't do the Atkins diet simply because I'm not that fond of meat. The thought of eating the hindquarter of a cow for breakfast doesn't do a thing for me. Probably the best thing would be the old fruit, vegetables, protein diet and that E word.... please don't make me say it. Well, OK, but it hurts to utter the word. Exercise. What you ask as if you couldn't hear me? EXERCISE. There. Are you happy? Sigh. I really hate exercise.

I think I'm ready but I don't know how many times I've declared "this is it" and thrown away the big bag of chocolate chips, the marshmallows, the cookies, and the candy stashes and then fought the urge to go on an exploratory dig in the garbage can. Heck, I'm the kind of person who sees an empty candy bar wrapper on the sidewalk and wonders if there's anything left in there.

My sisters and I commiserate often about weight and diets and the lack of willpower we are sure came from our mother's side of the family. Judy reminded me once that my excuse about exercise -- that if God had wanted me to touch my toes he would have put them up higher on my body – is not a good excuse. It is important to diet, exercise, and get in shape, she said recently. I am in shape, I told her. Round is a shape.

Seriously, I think I'm going to toss out the D word and replace it with the H word: Healthy. I think I need to get healthy.
View More Stories